Do you feel like your new relationship is stagnant, but you're not sure why? You may be dating "the Thursday Guy." In this piece from Elle Magazine, Anna Davies explains what this new dating term is and how you can deal with it. 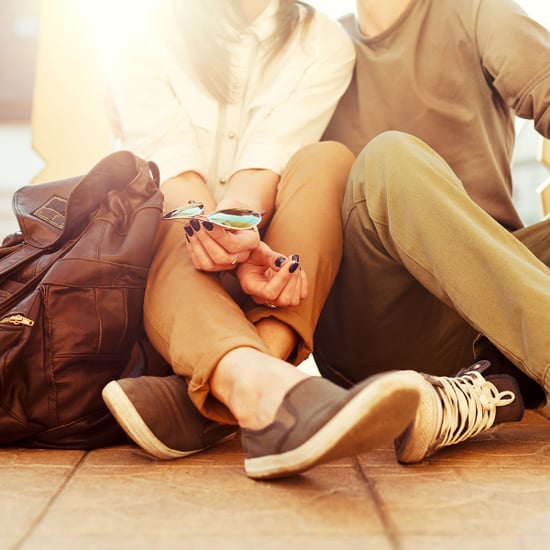 "You're seriously staying the night?" asked the guy who I'd been seeing. It was a Tuesday.

"You're kicking me out after midnight to go home alone?" I countered.

He hesitated before finally nodding.

"Okay, well, you have to stay on that side of the bed and be quiet. I need to sleep. Can you do that? I have a really early morning," he added. The note of panic in his voice made it sound like he was in a hostage situation, trying to reason with his kidnappers.

"Fine," I answered. I drifted off to sleep, pleased when he eventually draped his arm around me and pulled me toward him.

Related: Tips on Taking Your Tinder Game to the Next Level

He was a classic Thursday Guy — we had a great time on the weekends, but he always had some sort of excuse when it came to weekday plans. I knew he was telling the truth — one time I called him on his cell at 8 p.m. on a Monday and heard obvious office noises in the background — but I couldn’t resist testing him. Which was why, on this particular weeknight when I’d finished drinks with friends near his neighborhood, I texted him and told him I was coming over.

That morning, we woke up to a 5:30 a.m. phone call from his boss followed by him frantically running to his computer and tripping over my bag in the process. The frazzled, nervous, naked man I saw in the early light of morning was nothing like the guy I'd gotten to know over the past few weekends. I got it: seeing him like this exposed some of his vulnerabilities and made him seem a lot more real than the debonair guy I’d spent the last month dating.

Of course, there are many more Thursday Guys like him out there dominating the singles scene today. More evolved than the Friends-with-Benefits Guy, the Thursday Guy knows better than to text you after midnight and isn’t shady when his friends spot you both out at a bar. He knows your hobbies, your alma mater, and your last name. He responds quickly to texts and will talk you through a sticky work situation. But ask him to actually hang out on a school night, and he’s full of excuses. Sound familiar? You're not alone.

Keep reading for expert advice on dealing with the Thursday Guy.

Gemma (name has been changed), 28, was thrilled when a casual Tinder date she'd gone on the week before seemed to be turning into something. "For our third date, he asked what my favorite restaurant was and made reservations," she said. "The next week, we went to the Hamptons. He began meeting my friends, and I was like, alright, this has potential. But then he'd never commit to another date. And even though he'd respond to my texts during the week, he wouldn't actually make a plan until the weekend. I just didn't get it."

Jane, also 28, has a similar story. A long term flirtatious friendship had recently turned into something more, with her spending Saturday afternoons and evenings hanging out at Dave's apartment or with him and his friends at the sports bar down the block. But during the week, she'd barely hear from him. "He was always at the gym. Always," she noted. "I know he's training for a marathon, so it's not like I was jealous, it was just that he was impossible to pin down. But as soon as the weekend rolled around, I'd get a text asking me what I was up to. It was like he had to get all his needs taken care of before he'd see me."

So what's the deal?

"I call these guys Quality Casual Guys," said Marni Battista, a dating coach based in Los Angeles and founder of datingwithdignity.com. "They present as a boyfriend, but for whatever reason, the relationship doesn't progress." And the annoying thing: usually, the reason is the exact thing that makes them seem like such great relationship material. They're committed to work. They're committed to their goals. And they can't let dating drag them down. Frame it this way, and Thursday Guys don’t sound so different from our supersuccessful, single female friends who refuse to let a man interrupt their ambition . . . or from ourselves.

And that's the first step in analyzing your Thursday Guy relationship: are you being a Thursday Girl? Battista recommends thinking about how you're framing your own conversations. Talking deadlines and workout plans and girls-only happy hours is good — but does it sound like you have no room in your life for a relationship? Opening up your schedule a little — asking him to hang out on Wednesday, inviting him as a plus-one to a networking happy hour you're attending for work — is the first step in showing him that you want him integrated into your life.

In my own experience, pushing my former fling to have that weeknight did help me discover who this person was and how we could fit into each other's lives. Once we survived the Tuesday sleepover — and he realized I didn’t mind the early a.m. wake-ups because it forced me to go to the gym — it opened the terms of the relationship and paved the way to weekday sleepovers.

It eventually ended for other reasons, but I think that staging a firm intervention — or, OK, a sleep-in — can be one way to figure out what sort of headspace your Thursday Guy is in when it comes to where he stands in work-life balance. Or, you can do as Battista recommends and just talk to him.

"After about a month is when it seems appropriate to test the waters, especially if you’ve been hanging out extensively on the weekends," Battista recommended. "Let him know. Say that you've enjoyed getting to know him and that you want to know where he's at." Best case scenario: he's wrapped up in work and doesn't want to drag you into his world of 5 a.m. phone calls and all-nighters working in Excel. Worst case: he's enjoyed getting to know you, too — but when it's convenient and on his terms.

At that point, you have to make a decision: keep the status quo or cut him out of your life. Could enough all-weekend hangouts translate into a full-time relationship? It's possible, but it's not fair for you if what you really want is a boyfriend. But because the Thursday Guy genuinely likes you (unlike the Friends-With-Benefits, who can sometimes not really be friendly at all) you can tell him how you feel without worrying that he'll get weird. "I always tell my clients they don't need to practice keeping their walls up," Battista said. "They know how to act cool and busy. But a lot of them have a hard time sharing what's really going on." If nothing else, having the "I want a boyfriend" conversation with the Thursday Guy can be a huge step in developing your own sense of agency when it comes to navigating future relationships.

But if you're a Thursday Girl yourself, you may have just found a perfect match — so relax, and enjoy the weekend.