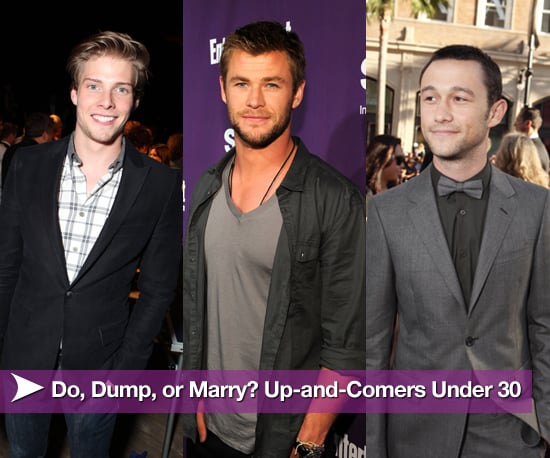 As we head back to school, the New York Daily News took a look at the up-and-coming class of actors on the big and small screens. Its list of "30 Under 30" illuminates not only a lot of talent, but also a whole new slew of crushes.

From familiar faces like Joseph Gordon-Levitt and Michael Cera to less-familiar ones like Jesse Eisenberg (The Social Network), Hunter Parrish (Weeds), and Michael Pitt (HBO's upcoming show Boardwalk Empire), tell us who you'd do, who you'd dump, and who you'd marry. They're going to have to get used to the attention!