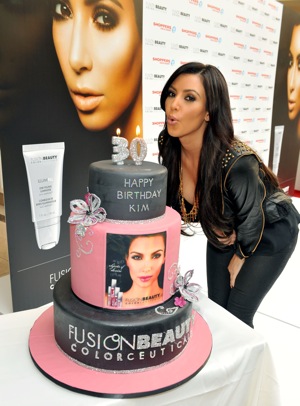 Today the New York Times attempts to explain the Kardashian phenomenon to New Yorkers who just don't get it. Villagers find her fans classless, and subscribers of W magazine think she's banal. But 5.3 million Twitter followers have some interest in the sex-tape-turned-reality star. Here are five secrets to Kim Kardashian's fame I gleaned from the article.

Besides her ability to keep herself in the media (with or without clothes on), on TV, or on the boxes of various products, what do you think makes the Kim Kardashian brand so popular — and profitable?