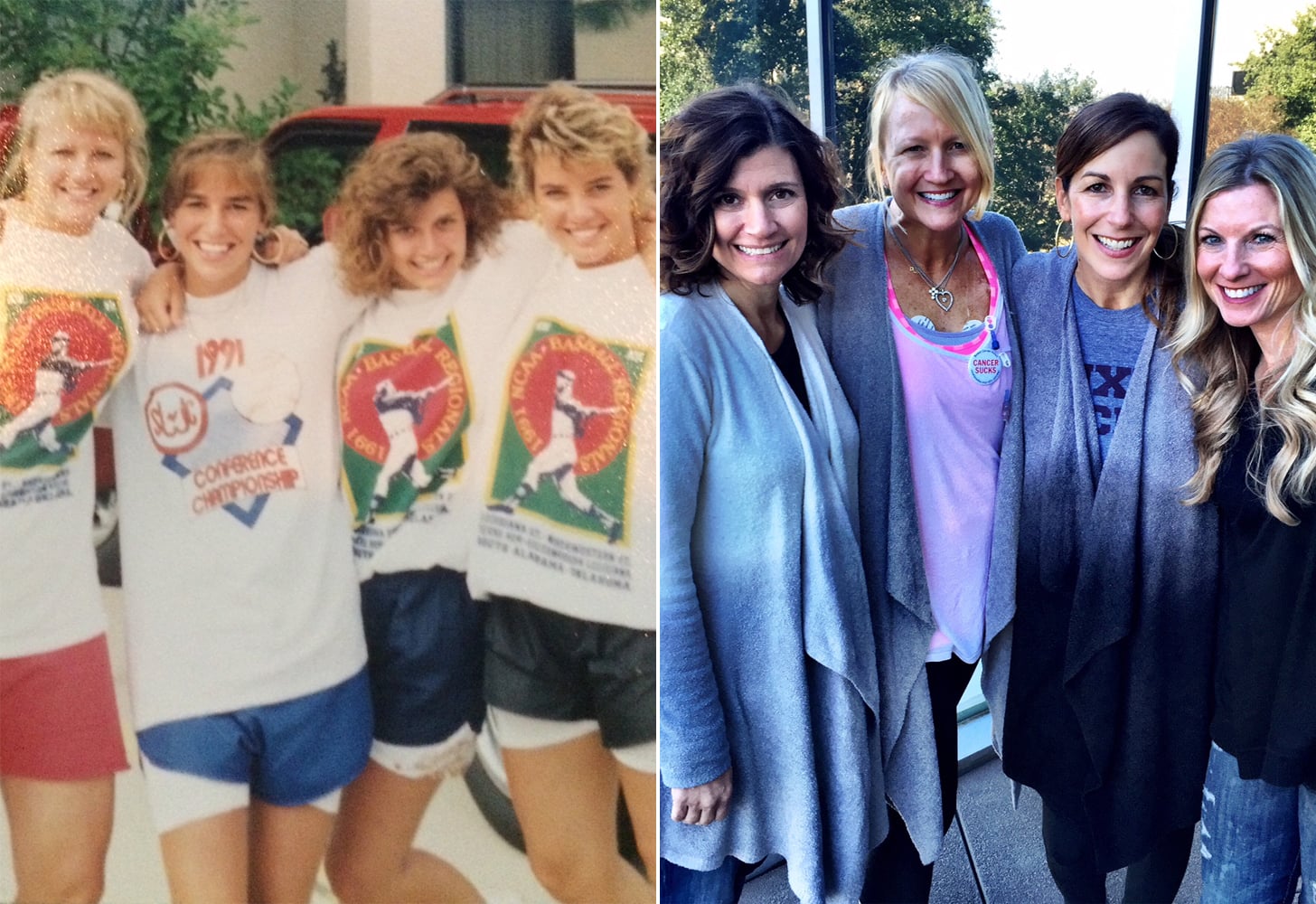 My daughter, Caroline, had to write a book of five poems for her seventh-grade English final. As I was reading through her words, I was struck by one line in particular: "some people stand out more than others, like neon posters on a beige wall."

I love being surrounded by funny, witty, bright, strong-willed women who aren't afraid to take charge of almost any situation. I tend to approach social situations — and life — a little more cautiously, and the friends I have chosen along the way have taught me the joy of jumping in with both feet, embracing a challenge, and not being afraid to love with your whole heart. We all love one another fiercely. They are my cheerleaders, my first call, my sanity, and a big chunk of my heart.

This is why it was so devastating when, five years ago, one of us found a lump in her breast. Jen is one of my closest friends and was my college roommate. She is also one of the funniest and warmest people you could ever hope to meet, a neon poster if there ever was one. She was just shy of her 40th birthday and still nursing her 7-month-old son when she realized she had a lump that wasn't going away, which made her decide it might be more than a clogged milk duct. Sure enough, a biopsy confirmed her fears, and it started us all on a journey that none of us ever wanted to take. That first round of cancer involved chemotherapy, a lumpectomy, and radiation. It was a hard road for Jen and a hard one for us to watch her travel, especially as she balanced being a wife and mom on top of all of it. But she made it through and got the all-clear from her doctors almost a year from the day she was first diagnosed. We all breathed a deep sigh of relief and said prayers of gratitude that we had gotten our miracle.

When I was writing my book Nobody's Cuter Than You (it's all about friendship), Jen was about six months into her new, cancer-free status, but as I wrote the book, I texted her to clarify a few details about her diagnosis, because I wanted to make sure I was getting the timeline right. It was in the midst of a flurry of text messages back and forth that Jen texted, "Truthfully, I don't believe it's the end of my cancer story. But I can be thankful for now that there's 'no evidence of disease,' as they say. And I'm not scared of the future either, which is such a gift!"

When I read that text from her, I got chills down my spine because the cancer felt like Lord Voldemort and was He Who Must Not Be Named. Plus, I had naively assumed that the all-clear meant all-clear forever, and we had fought that battle and come out on the other side. But Jen sent that text on October 2, 2014, and on December 6, 2014, we found out that her cancer was back with a vengeance.

As the weeks went on, Jen saw doctors and test after test confirmed she had stage 4 metastatic breast cancer. We were told she might live anywhere from 18 to 26 months. If there is any silver lining to a cancer diagnosis, it's that it puts what really matters in life into sharp focus. My friend Gulley and I drove from San Antonio to Dallas to be with Jen as she went through the first of many experimental chemotherapy trials. We went to dinner the night before with a whole group of friends who have stuck together in the 20-plus years since we graduated from Texas A&M, and we laughed and caught up on life until we realized it was almost 10 p.m. and remembered the real reason we were in town was because we had to be at the hospital early the next morning for Jen's treatment.

The days at the hospital were long due to the battery of tests they perform throughout the day. So another friend, Jamie, met Gulley and me at Starbucks, and then we drove to the hospital to meet Jen. She was getting an initial blood draw, but they eventually moved us into what her nurse referred to as our own private "party room." This seriously oversold what was basically a small patient room, but we were just thankful to have our own little place to set up camp with all our snacks and drinks where we could spend the day together. 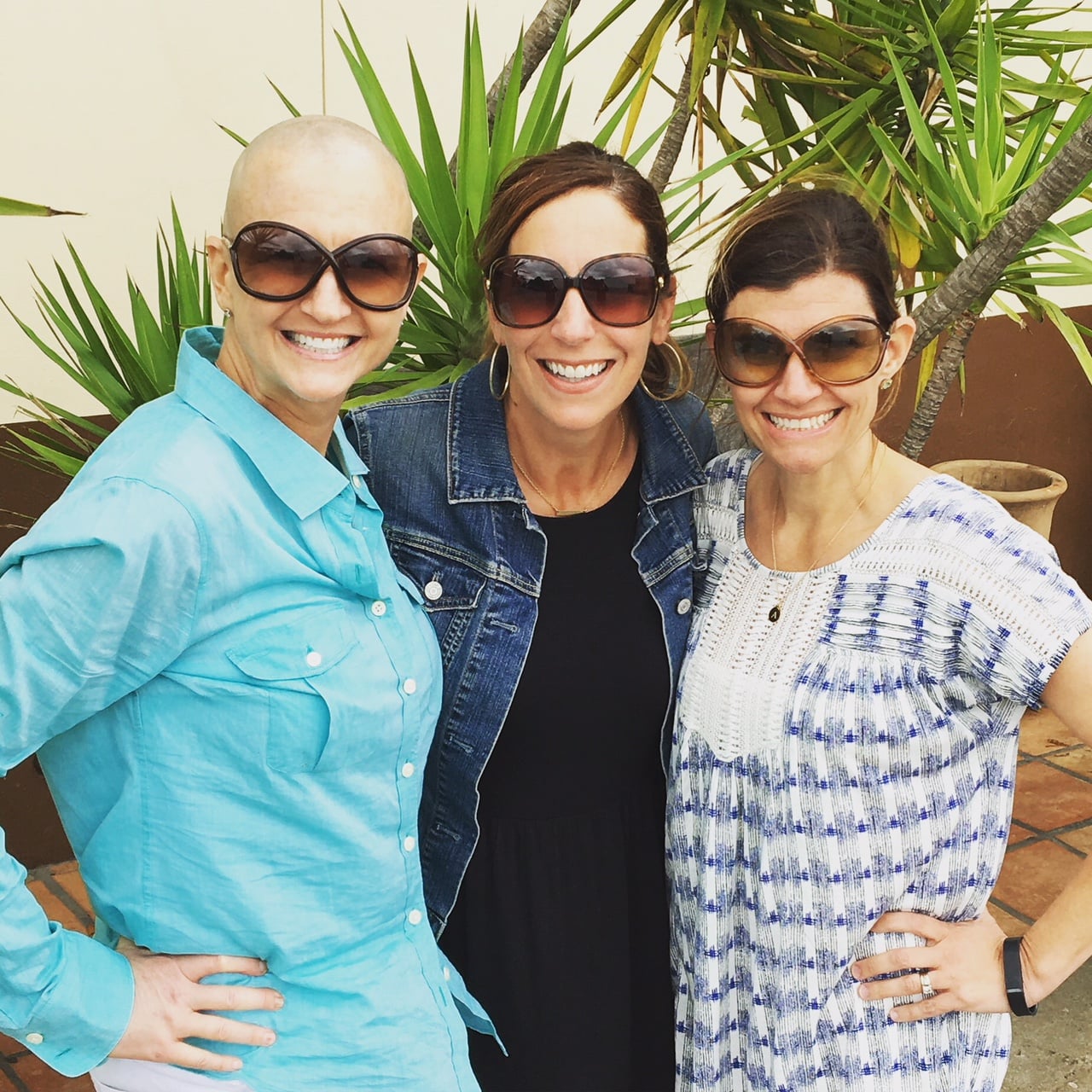 And that's what we did. We laughed and told stories and solved problems and had ourselves a complete therapy session before the day was over. We analyzed our marriages, our in-laws, our parents, our clothing choices, and our children. There were moments I almost forgot why we were there until the nurse came in to do a blood draw or Jen's oncologist came in and handed her a "Cancer Sucks" pin to wear. That part? The part where we were all sitting in an oncology ward in a hospital? It does not compute.

But the thing about being with dear friends is you can have fun just about anywhere. This was never more evident than when Jen's nurse had to come in and tell us we all needed to be a little quieter because we were laughing and talking too loudly. It just goes to show some things don't change, even when one of you has cancer.

It was a short trip, but we packed it full of so many sweet memories and good laughs and the reminder that perhaps nothing makes you realize what's truly important in life more than being with friends you've known and loved for decades. To our great sorrow, none of us had the power to change Jen's circumstances or make the cancer disappear, but we did what we could: loved hard, laughed loud, and hugged like it might be the last time.

There was a time a few months ago when Jen was in the hospital due to extreme pain and nausea. Gulley and I drove up to visit her and ended up spending that night in the hospital with her just to be close. If I'm honest, I think after we arrived and saw how frail she appeared, we were both afraid it might really be our last time with her. We all tried to act as normal as possible and talked about everything but the fact that Jen was dying of cancer.

When it came time for us to drive back to San Antonio, Gulley and I hugged Jen as hard as we could without hurting her, and we all cried our eyes out. I think we all realized this could be our last goodbye, our last moment to say all the things none of us could actually verbalize, except "I love you, I love you, I love you," while the tears became full sobs.

While we have all done what we can to help Jen, it's what Jamie has done that stands out to me. There are no grand gestures, just an almost daily faithfulness. Jamie is at every chemo appointment, every late-night emergency room visit, and takes care of Jen's little boy, Lincoln, on the days when Jen is fighting too much pain or nausea to take care of him herself. Jamie has sacrificed her time and her own agenda to serve Jen with a million small kindnesses that aren't glamorous but scream love and devotion in a big way. It's been a reminder that the best thing we can do when someone we love is hurting is show up. Most times there are no right words, no one thing that will make it all better, and nothing we can actually do to change the circumstances.

But we can be the beige wall holding up the neon poster. And make all the difference simply by being there. 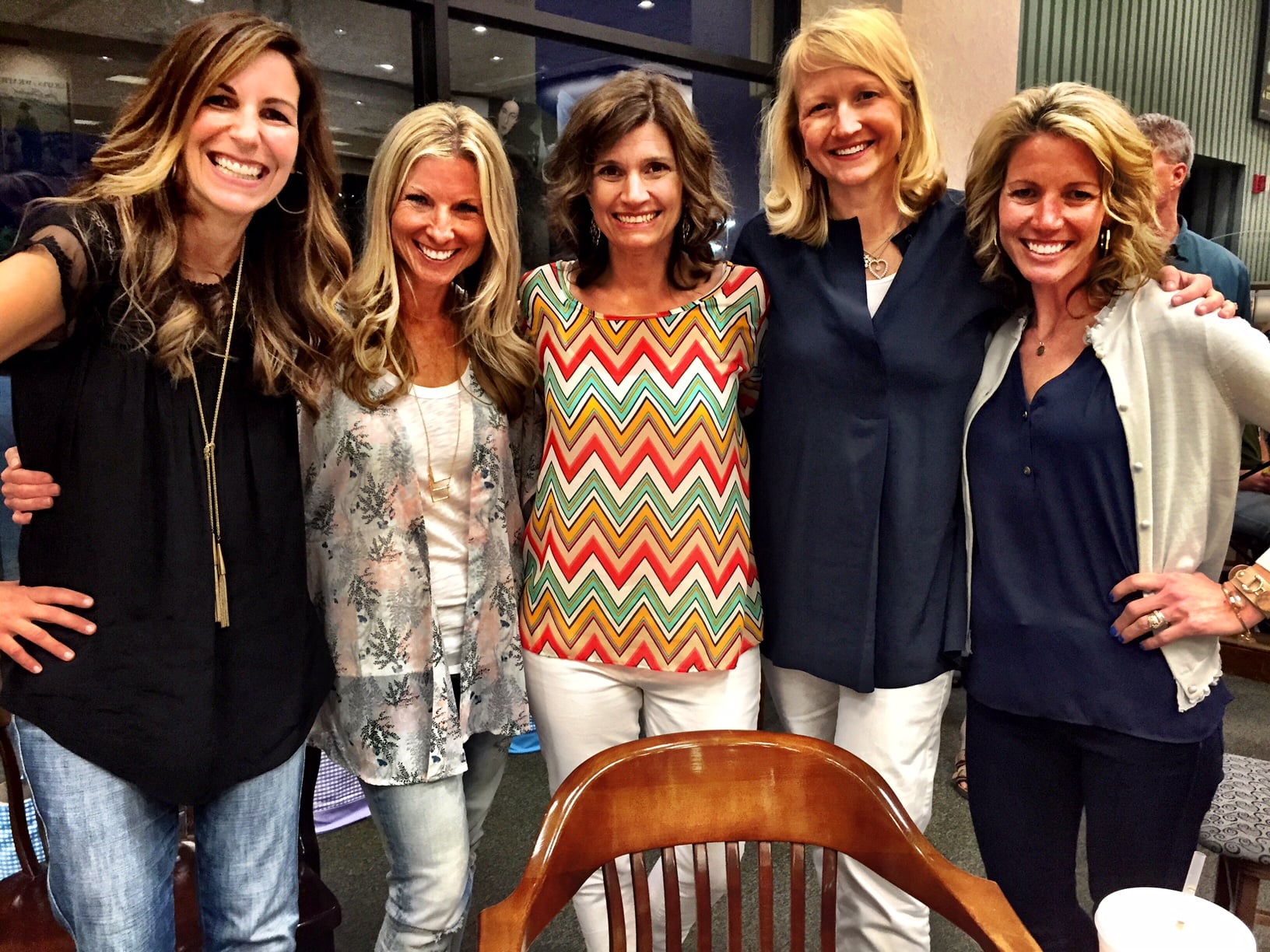 After a long, hard battle with cancer, Jen passed away peacefully in her sleep on August 9, 2016. There are no words for how much she impacted everyone who came in contact with her and how much she will be missed. I was able to say one last goodbye before she died, and we both knew it wasn't a forever goodbye as much as an "I'll see you later," but that didn't make it any less painful.

This essay is a partial excerpt from Church of the Small Things by Melanie Shankle, a New York Times bestselling author, podcaster, wife, and mother.