Hugh Jackman hit the red carpet with none other than his lovely wife of almost 20 years. Jackman picked up a best actor nod for his role in Les Misérables and if it weren't for his Oscar date — Deborra-Lee Furness — he may not have even finished the film. After a particularly tough day on the Les Misérables set, he told her it was too much and she insisted that he do it. Throughout award season, there's been no shortage of spousal praise from Hugh. Hugh has said of his wife, "I feel so lucky . . . she's the greatest woman. . . . Having the security and knowledge that someone you love, who loves you for exactly who you are, whether you're successful, whether you're not successful — in those moments of real doubt, she was the only one who could really pull me off that cliff."

The couple has two adopted children, Oscar and Ava, and Deborra is no stranger to the spotlight herself. In fact, she and Hugh met in 1995 on the set of an Australian TV show, Correlli, and she has a number of TV and film credits to her name. See Hugh and Deborra at the Oscars now! 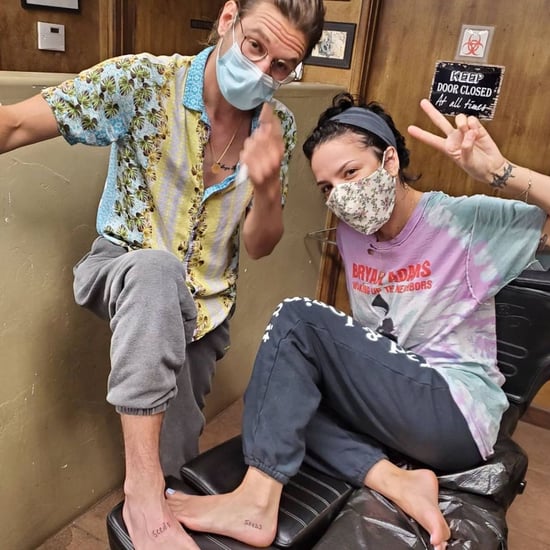