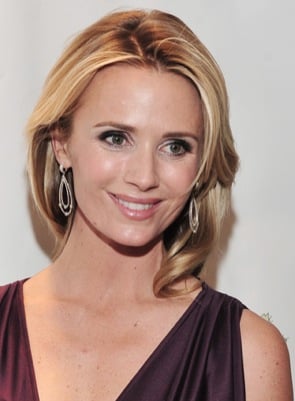 You've heard of the pay gap, but do you know about the leadership gap? As more women than men get college degrees and fill managerial positions, we're still not filling the halls of Congress or the seats in boardrooms.

Actress and former San Francisco First Lady Jennifer Siebel Newsom thinks the mainstream media's portrayal of women contributes to the leadership gap, and she makes this case in her documentary Miss Representation, which airs tonight on OWN at 9/8c. I spoke with Jennifer, and here's what she told me about the movie:

TrèsSugar: What inspired you to make this film?
Jennifer Siebel Newsom: I recognized the inequities in our society and that women are still so underrepresented in leadership spheres. We hold three percent of media positions of clout, we are three percent of fortune 500 CEOs, 17 percent of Congress — and we're 51 percent of the population. In the real world women are making incredible strides and the media continues to depict women as arm candy and second fiddle. Our stories aren't as revealed and rich and deep in mainstream media and there are often disparaging images of women or limited images of women. So I want to right that wrong and confront that injustice.

TS: Who are the worst offenders?
JSN: It's some of the reality TV. It's some of the news media or pundits getting away saying sexist remarks about female politicians. It's studio films. TV's getting better. It still has ways to go, but a lot of the alternative outlets on TV have created stories around strong female characters.

TS: Is there anything that gives you hope?
JSN: I think independent media is a bright spot. I'm really curious about OWN, Oprah's new network. There are more responsible media outlets and since women are 86 percent of consumers I want to encourage women to consume from those media outlets, to support the good guys.

To find out what Jennifer thinks about Disney princesses and to see the powerful trailer of Miss Representation, read more.

TS: There are rumors that Disney is shelving fairy tales. Do you think princess movies are bad for girls?
JSN: I would love to see more diversity in the types of female characters you see on screen. The problem is with so many of the Disney characters is that the female lead's sole object in life is to find a man — to find love, to be beautiful. That's not the real world and that's a confusing and dangerous message to send young girls. It would be wonderful if they could come up with some other characters.

TS: As first lady of San Francisco, how did you carve an identity separate from your husband's?
JSN: It's been such an honor and I'm so lucky to have met these incredible women and these great organizations that are working to empower women. As the wife of a politician who is still in politics, I'm definitely going to want to continue to empower women. You just have to figure out how to be a good mom and pursue your passion. The good news is that I'm passionate helping women so that part is going to be easy.