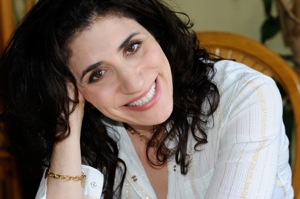 As 20-somethings try to hold onto adolescence, 40-something author Stephanie Dolgoff wondered what stage of life she falls into. The 43-year-old wife and mother of two she knows she's not young, but she doesn't feel quite old either. Her book My Formerly Hot Life: Dispatches From Just the Other Side of Young came out Tuesday and attempts to carve out a new life stage — the "formerlies" — for women who are just getting used to the idea that they aren't young. I spoke with her about her book and whether or not her message takes a positive stance of female aging. Here is the first part of our interview and come back tomorrow for more.

TresSugar: What is a "formerly" and why do we needs this term?
Stephanie Dolgoff: I wrote the book because something was changing in my life and I couldn't put my finger on it. I thought it was about my looks, because as you get older you begin to droop and drag. But I realized it was not about my appearance, but about slipping into a new category of women. You're treated differently, you're marketed to differently, and all of a sudden you don't connect well to pop culture or music or the life around you. You seem to have less in common with the things younger women talk about. The term "formerly" came up as a joke between me and my co-worker. I couldn't figure out what was different and I said, "Well I know I'm not hot anymore." That's the main thing. Not that I didn't look fine, but I wasn't the hot girl like I had been considered to be in my 20s.

TS: So do you equate youth with hotness?
SD: Anyone with eyes can see it's not true that youth is synonymous with beauty. But women are very sensitive about age because you really do start to get treated differently. It's not by anyone who really matters, not by the people who love you. There are people who look at women superficially, and those are the people who are going to say "Oh she's 40. She's not hot. Moving right along." — that's the type of "hot" I'm talking about. The superficial, first glance, cruel judgment hot. And that's what I question.

TS: What do you make of the number of, I'd say conventionally hot, 40-something women covering major magazines?
SD: There is a wave of embracing older women as sex symbols on one level. But there's also a wave of trivializing older women as sex symbols and calling them things like "cougar" or "MILF." I find those names vile because it implies that you need a separate term or need to animalize a woman for her to be sexual at a certain age. Women who are getting older can still be very hot at a certain age, but there's also this "wow, look at her on the prowl" thing. Those are happening at the same time. One is sincere the other is marginalizing. As for Jennifer Aniston and Halle Berry, clearly they're hot, but then again they're on the cover of these magazines saying "Look what 40 can look like!" and it shouldn't be that shocking. Someone like Halle Berry is an exception because she's been in movies with her boobs showing, with her stretch marks showing, looking like an actual person looks after she's had a baby. She does not seem to look younger than she is — and that's wonderful. Then there are the other women who have had their bodies replaced part by part. They're trying to look hot in the way they used to, and for me that's a losing battle. There's a fine line between looking good period, and trying to look young and equating that with good.

TS: The New York Times feature on your book got mixed reactions. How come?

To find out what she said, read more.

SD: I thought it turned out well, but then the author of the piece had read the book and knew where I was coming from. The commenters had only read the article and judged my message only by the article and the title and the fact that we were talking about shoes and looks. The book is about so much more than that. I think you take a risk with a title like that, that people are going to read only the title and not get that it's tongue in cheek, and not know that what's in the book is about questioning the concept of hotness being the exclusive province of young women. That's what happened with the negative commenters, I think. What I mean by "formerly" isn't that your life is over and you are only what you were, but that you are "formerly" some things, but finally many, many more. Much of what they criticized is the opposite of what's in the book.

TS: So why do you think this message has been misunderstood?
SD: It was a risk I took on purpose. I thought the label "formerly" was funny. Who would call themselves formerly hot and really mean it? Who would buy a book about a woman whining about not looking good? The label is meant to have us look at what we formerly were and what we are now. The message not coming across just from the title of the book is that life is so much cooler and so much more comfortable and you're so much more grounded and happy on this side of young. And the name formerly is a joke. . . but we are formally something, and the idea that we're all supposed to stay the same and fight aging tooth and nail is crazy. All we have is our past to look at as our frame of reference to figure out who we are now.