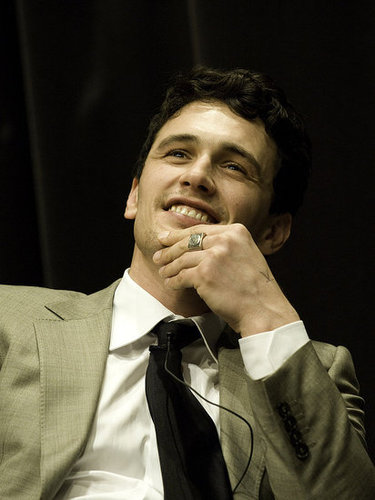 When James Franco isn't making movies, dancing with an anime doll and Liz Lemon, or making somewhat-decent Funny or Die videos, he's writing books and racking up degrees at an overachiever-on-Adderall pace.

Just two years ago, he graduated from UCLA with a bachelor's in English. Then, he switched coasts and enrolled in an MFA writing program at Columbia University, studied film at NYU, and wrote a book of short stories named after his California hometown, manager confirmed his acceptance to Yale Daily News, but not his attendance. Given it's rumored to be his first-choice program, we expect/hope he will, as he will be the best TA ever!