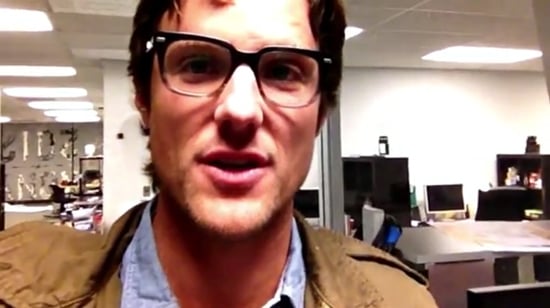 Unless you've been living under a rock these past few days, you've heard of Invisible Children cofounder Jason Russell's complete meltdown in San Diego last Thursday. The face of the huge viral Kony2012 campaign was detained for running around naked in the streets of San Diego. Initial reports stated that Jason was vandalizing cars, acting drunk, and even masturbating in public, but all that has been confirmed is that he was detained in a medical institution and is on a mental health hold. And while official statements from the organization and his wife have said that he wasn't on anything (instead they say that he was suffering from "exhaustion, dehydration, and malnutrition"), the videos of Jason's naked freakout are pretty disturbing.

Not surprisingly, the bizarre and sad turn of events have caused a huge backlash against the Invisible Children organization and the Kony2012 movement, which had already been facing criticism on everything from how the group uses their funds to the video being misleading. Before the public breakdown, New York Times op-ed columnist and author (who has long focused on human rights abuses, especially in Africa) Nicholas Kristof wrote this about the attacks against Jason: "A young man devotes nine years of his life to fight murder, rape and mutilation, he produces a video that goes viral and galvanizes mostly young Americans to show concern for needy villagers abroad — and he's vilified?"

Whatever is really going on with the cofounder is yet to be uncovered, but the real question is: does the fall of an organization's leader make the movement less worthy? Reading comments online it seems like those who were against it from the start have more fuel to add to their anti-Kony2012 fire, and those who felt like the cause was a good one are either hoping Jason gets help, while noting that he's only a small part of a big movement, or questioning their support. As someone who has followed Invisible Children since its inception and personally know people who've devoted their time, money, and efforts over the last decade to the cause, I have to say it saddens me to see this incident put a dark cloud over all the good it's done. But I'm conflicted too, as I know the actions of a leader reflect on his or her organization, and there are consequences for these types of episodes. What do you make of it all?

Politics
Around The Web