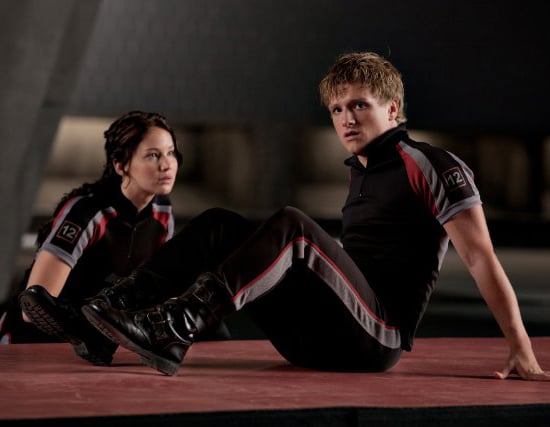 The Hunger Games are finally upon us! While the love triangle between heroine Katniss and her two romantic interests Peeta and Gale runs through the Hunger Games book series, Katniss's best friend Gale really takes a backseat in the first book and movie as it's Peeta she shares the game arena with. We swoon for the lovey moments between Katniss and Peeta in the book (even if some of the affection was for the Capitol cameras), so we were so excited to see how their chemistry would play out in the movie. Let's just say, it didn't disappoint! And some of the onscreen romantic interactions between the two star-crossed lovers really stood out, since they ventured outside the lines of the book. Check out the romantic moments between Katniss and Peeta in The Hunger Games movie that weren't in the book now! (Minor spoilers ahead.)

Movies
It's Officially Fall! Grab a Blanket and Warm Up With These Autumnal Amazon Prime Movies
by Sarah Felbin 12 hours ago

Relationships
"Dating Is Difficult For Everyone, Disability or No Disability" — This Sexpert Is Reframing the Narrative
by Lauren Harano 1 day ago