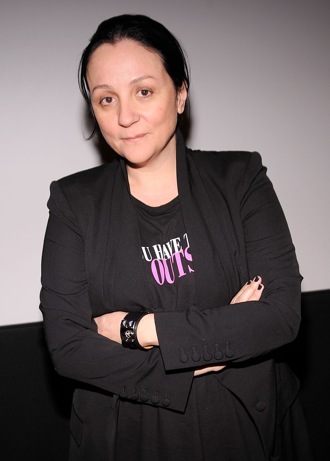 A new Kelly Cutrone MTV project has been in the works since last year, and today the tell-it-like-it-is fashion publicist, reality star, and author revealed the name of the pilot to us first! It will be called Normal Gets You Nowhere. If it gets picked up, the show will share its name with Kelly's latest book, which reminds young women that successful people often don't fit in and calls on them to embrace their inner freak.

Kelly told us she's traveling somewhere in middle America to shoot the MTV pilot this Friday, and plans to channel Dear Abby. She says, "We'll meet kids in the middle of America whose parents think their imagination is a dangerous thing, and they should be lucky that they work in a factory, and that art is a hobby, and stuff like that. So we go there and talk to the parents and be like, 'You have no idea. Your kid's super talented, and they're coming to New York.' And then we help them get on the right track for what they want to do."

Does the idea sound promising to you? Stay tuned for more from Kelly about her new book, as well as sex and dating advice straight from her mom Beverly.

Netflix
The Queen's Gambit Is Based on a Fictional Book, but It Does Have Roots in Reality
by Stacey Nguyen 11 hours ago

2020 Election
Hillary Clinton Tells The Skimm She's Voting Early and in Person — What's Your Plan?
by Yerin Kim 2 days ago