In The Lady Vanishes, the first in the Billionaire Tricksters of Boston series by erotica sensation Nicole Camden, readers are plunged into the world of sexy men who know how to make magic happen . . . Billionaire tech genius and inventor Milton Shaw found his only escape in the world of magic, studying the great Harry Houdini. But his encounter with the stern doctor Regina Gallows leads the two of them to lose control in their respective worlds and with each other.

For more on this sexy novel, visit XOXO After Dark! 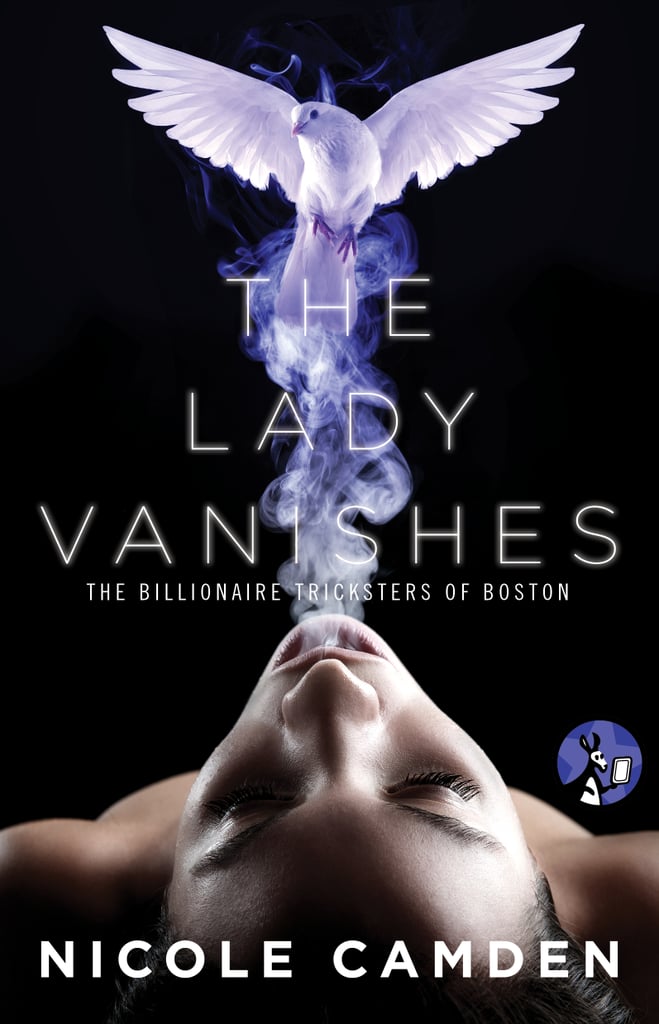 She had taken a step down the hall before she realized there was a man there—Andrei. He was blocking her exit. A tingle of fear made her freeze, but she lifted her chin.

"Regina." He held out his hands as if to say he was harmless. "I understood what you wanted, yes? To be alone with me?"

Was this creep really that arrogant? "I have no desire to be alone with you. Excuse me." She tried to brush past him, but he grabbed her wrist. Was he serious? She was about to scream her head off, restaurant be damned.

"You wouldn't want anything to happen to your pretty sister, would you?"

Suddenly he was yanked away from her, and Regina had the blurred impression of another man, a man with dark hair.

He'd shoved Andrei against the wall, even though Andrei was larger, and was speaking to him in a low, dangerous voice.

"Andrei Polzin, I think your father warned you about calling attention to yourself while here in the States."

Andrei paused, studying the other man's face. "I remember you. Roland's partner."

Andrei grunted, "This is not my fault. This bitch came on to me."

Suddenly, without seeing him move, the dark-haired, olive-skinned man produced a knife, and held it under Andrei's chin.

"I see. And that's why you felt the need to carry this to meet a woman in a bar?"

Andrei smiled, ignoring the knife beneath his chin. "You never know."

"That's true," the other man replied, and the knife disappeared—to where, Regina couldn't tell, "but if you threaten this woman again, I will not only hunt you down, I will destroy your business and lay enough evidence at the feet of the Feds to keep you locked up here no matter what your father does."

Andrei paled. "You cannot do that."

"Watch me," the other man snarled. "And I'll make sure that if something happens to me, that evidence is still delivered. Now go and make your excuses. When I come back into the dining room, I want you gone." He stepped away from Andrei but didn't go far, his body still poised for action.

Andrei glared at him, and then Regina—as if all of it were her fault—and then he left, stalking down the hallway like a charging bull.

The other man relaxed slightly and turned to her. "Are you all right?"

"I'm fine," Regina assured him in an even tone, slightly miffed that he felt she needed to be rescued. "I was going to kick him in the balls."

The man smiled, a flash of white teeth in the dark. "I'm sorry I interrupted."

Regina smiled ruefully back at him. "I'm not." She wasn't sure she wouldn't have panicked, kick or no kick.

An awkward silence fell between them. He was staring at her again, his eyes lingering on her mouth.

"Do I know you?" Regina asked, her voice much huskier than she intended. "How did you know Andrei?"

"My company has done some work for his father." He took a step toward her. "You're really beautiful."

Regina swallowed. His eyes were an indistinct color in the dim light, his thick brows casting shadows. He had a bold nose and a strong jaw. The magician.

She gasped, and he paused. She hadn't realized he was still moving forward, almost as if he were drawn to her. "You're Shaw the Magician," she accused.

Sighing, he ran a hand through his hair and nodded. "I am."

Regina thought he seemed disappointed that she'd recognized him. Wondering why, she moved closer. "How did you know he was dangerous? Who are you?"

He glanced down at her and seemed to realize that she was standing next to him. He didn't say anything, but he seemed to be holding his breath. Curious, Regina moved a fraction nearer. The wild part of her that had been repressed for so long lifted its head, and instead of pushing it back, pushing it down, Regina took Rose-Lindsey's advice and did what she would have done when she was fifteen.

Stepping even closer, she laid a hand on his chest. He worked out; the muscles beneath her fingers were solid. She shivered. She'd heard magicians had to keep themselves in shape for their tricks; they had to be flexible, strong, able to endure pain and discomfort.

She swallowed and went to her tiptoes, pausing with her lips near his mouth. "Thanks, magician." She kissed one of his lightly stubbled cheeks. His breath escaped in a rush, and he seized her, moving her backward into an alcove, deeply shadowed, with a small ledge, like it had once housed a payphone.

He pushed her onto the ledge, his fingers gripping her sides urgently, but he paused, swallowing. His Adam's apple bobbed in his strong throat, and her eyes followed the motion.

He smelled like expensive cologne, clean male sweat, and faintly of burnt matches.

"Sh*t," he said in a low, rough voice, his fingers flexing against her skin. "You're dangerous."

She noticed that he hadn't moved to release her, but a small wicked part of her, long buried, found the situation ... alluring. She found herself wanting to kiss this man who performed tricks for children and thought she was beautiful.

He might be a charming scoundrel, but she wasn't trying to marry him—she just wanted to have a little fun. A little fun, while a restaurant full of people, including her sister and her date, waited for her.

The stage was completely dark except for a single spotlight overhead. Regina stood trembling in a red negligee, her arms tied in front of her. She could feel every slight movement of his body next to her, stirring the air against her overheated, too-sensitive flesh. He hadn't blindfolded her, but it didn't matter; she couldn't see beyond the range of the spotlight, couldn't see out into the dark. He was speaking, but not to her.

"Isn't she beautiful, ladies and gentlemen? She's my newest assistant."

Regina squeezed her eyes shut, aghast at the idea that she was tied nearly naked in front of a crowd. Aghast ... and yet her breasts felt heavy and tight. She pressed her legs together.

He turned to her and trailed a finger along her cheek. "You are so lovely. It's almost a shame to make you disappear."

Regina swallowed. She wanted to be alone with him.

She wanted him to touch her while she stood there tied and exposed. She looked down and saw that she stood in an old-fashioned steamer trunk. He was going to make her sit inside it, tied and helpless, and make her vanish.

"Please don't," she whispered, and his fingers trailed along her lips.

She shook her head, feeling like her breasts were begging him, reaching out for him. "Please let me stay."

He came closer, and she could see the color of his eyes behind his mask. Blue. As blue as the depths of the ocean, dark and mysterious.

He bent to kiss her, but paused before their lips met. His breath smelled of peppermint and something herbal, like rosemary, but the scent of burnt matches remained as well, as if the work that went into his tricks had made a permanent impression.

"I want to take you here, like this," he told her, and slid two fingers along the satiny straps over her shoulders. The straps fell, exposing the tops of her breasts.

Everything went dark, shifted, and she was tied naked inside the trunk. The lid was open and he was touching her, gently parting her legs until the edges of the trunk dug into her thighs. He slid one finger inside her and she gasped, trying to lift herself up, but he just chuckled and held her down.

"You'll like this," he promised, and worked a second finger inside her, stretching her. Her body tightened around his fingers, tightened, and she woke up with a gasp as she came, shuddering, weak morning light from the window brightening the room and making her realize that she was in her bed and that she'd been dreaming.

"God." She curled up around the sensation and her body clenched as if the fingers were still there, gripping him.

After a moment, Regina groaned and pulled a pillow over her head. She was dreaming about him, about Milton Shaw.

Next to her, the cat stirred and tried to stick his nose under her ear. She ignored him, hoping he'd go back to sleep.

Get The Lady Vanishes here, and check out more great content on XOXO After Dark: