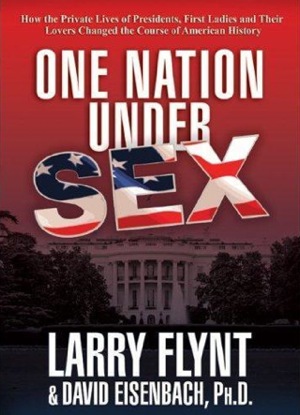 Judging by the sales of Vanity Fair covers featuring the Kennedy family, modern Americans still care about the private lives of at least one first family. Larry Flynt, infamous publisher of Hustler, is hoping we want the dirt on all the presidential families. In his new book, One Nation Under Sex (out April 26), Larry plays historian by looking at the sex lives of American presidents, first ladies, and first mistresses to see how it all changed the course of American history.

With the help of Columbia University professor David Eisenbach, he recounts how Benjamin Franklin allegedly seduced French women to save the American Revolution, the impact of James Buchanan's apparent gay love affair with a slave-owning senator, Eleanor Roosevelt's rumored lesbian affairs, along with the more modern sex scandals of Bill Clinton and JFK. Does it sounds like something you'd add to your reading list?

Books
From The Kiss Quotient to The Ex Talk, Here Are 11 Asian-American Love Stories to Read
by Stephanie Nguyen 4 days ago

Books
If You Love Books but Don't Want Your Home Turned Into a Library, Shop These 10 Solutions
by India Yaffe 5 days ago

Books
A Running List of the Best Books of 2021, For All Your TBR Needs
by Maggie Panos 5 days ago