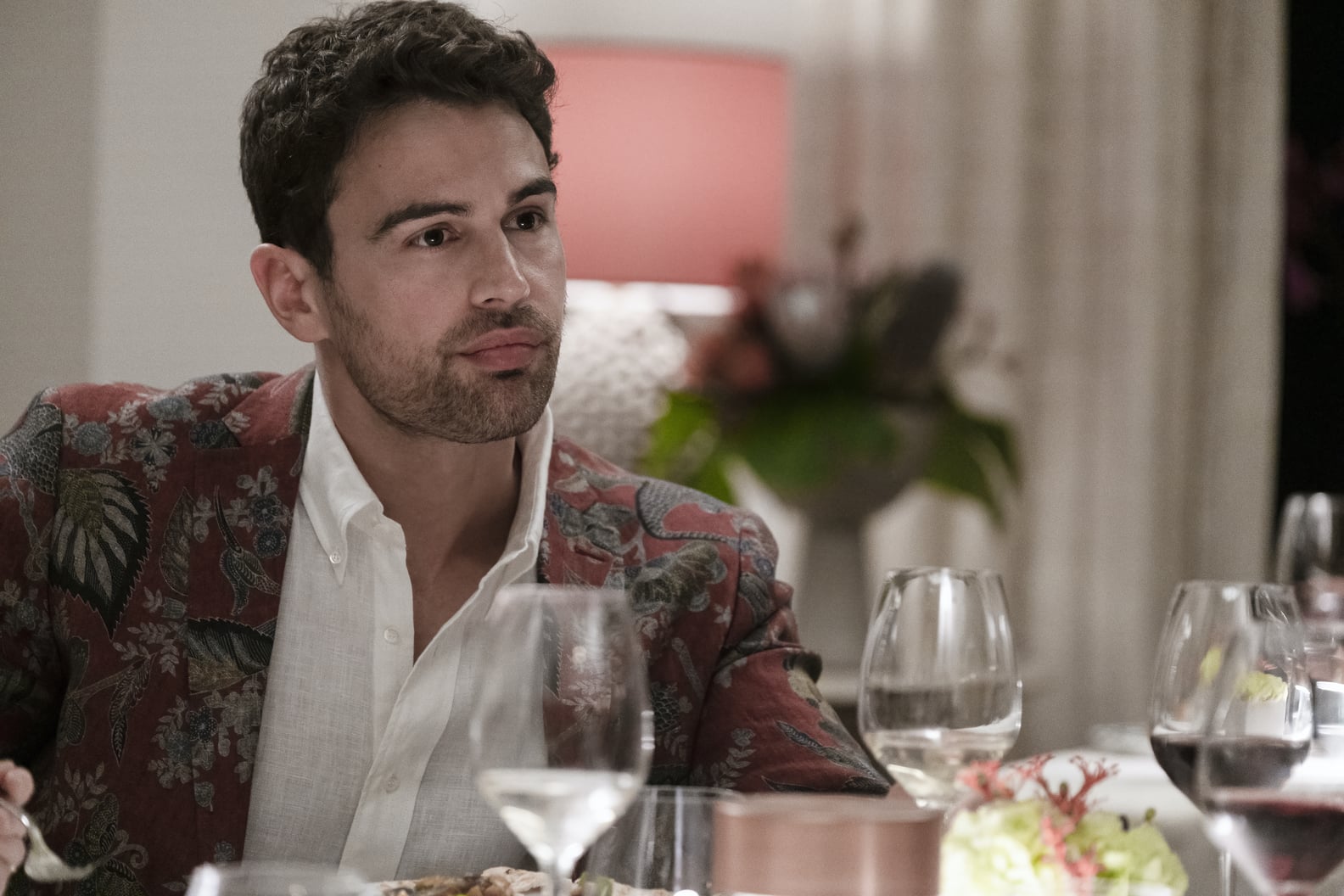 Theo James, who plays Cameron in "The White Lotus," got real about penis size on "The Tonight Show."

Early in the season, he gets naked to change into a swimsuit, so it was decided James would wear a prosthetic penis. Speaking with the make-up designer, James said, "'He needs to be Regular Joe, 'cause the scene's… you know, it's not about the pee-pee — it's about power play and sex." But the prosthetic James was presented with was "like, a hammer or something," James said. It was about nine inches flat and about four inches wide — which led to James and director Mike White "calling our respective partners being like, 'I'm so sorry.'"

But they aren't the only people worried about the size of their member. Penis size has long been a source of anxiety for some. And while research has shown that size isn't a huge component of sexual pleasure, studies show that a majority of people with penises wish they were larger.

Some people will go as far as electing for penile-lengthening surgery, which has various treatment methods, according to Mayo Clinic. The American Urological Association considers the surgery unnecessarily risky, especially considering that most of the people seeking surgery have "normal-sized" penises. Their desire to lengthen their penis may be a result of small penis syndrome — a condition where a person with an average-sized penis is worried it's too small — which can be helped through counseling and communicating with sexual partners.

Ultimately, bigger isn't better. And it's important that people have access to accurate information about the average size of the human penis so it doesn't create feelings of inadequacy or lead to risky surgeries. So Theo, feel free to call your wife back up and redact your penis-related apology. I'm sure your Regular Joe is just fine.