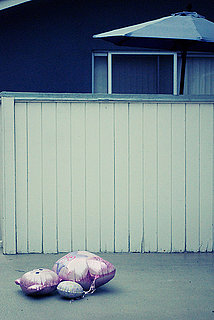 Maybe I'm naive. Maybe I don't know enough married people. Or maybe women really just don't talk about it. But do reasonably sane women deceive men to get pregnant? Because Daily Mail writer Leah Hardy says the downside of a oral contraceptives for men is that women won't be able to trick men into having babies.

While the male pill is currently only in trial use, Hardy says forget about the do-you-trust-him question and worry about the now-he-can't-trust-you problem. A male pill "could mark the end of the very common phenomenon of the not-entirely-accidental-surprise baby and the one-bottle-of-wine-too-many baby, which happens to the most sensible of couples," she writes. "Because, let’s face it, if all women had to wait for men to feel broody (and for this to coincide with his jab wearing off), the birth rate would drop like a stone."

The logic goes — not mine — that women see children as permanent and men as temporary, which may be true, but who would want to bring a child into the world like that? Do you know anyone whose surprise child was no accident?

Tattoos
What You Need to Know About Getting a Tattoo While TTC, Pregnant, and Breastfeeding
by Melissa Willets 5 days ago

Pregnancy
I Saw a Pelvic-Floor Physiotherapist After Giving Birth, and It Made a Huge Difference
by Brittany Van Den Brink 2 weeks ago