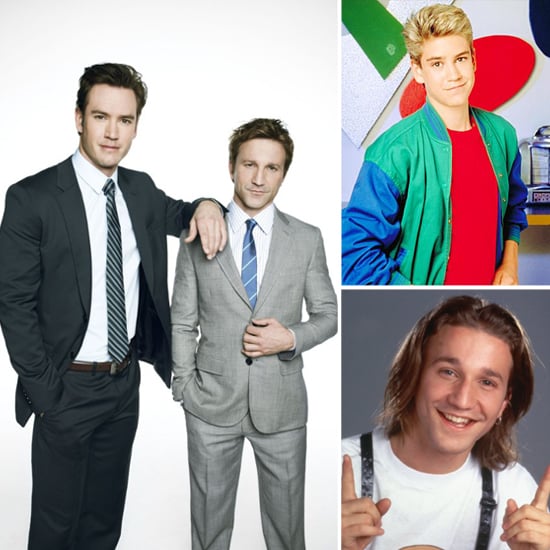 Mark-Paul Gosselaar and Breckin Meyer are gearing up for the June 5 season-two premiere of Franklin & Bash on TNT. The guys hold a special place in our '90s girl hearts, so when we got a chance to chat with them, we had to get their straightforward dating advice. And, of course, we brought up the '90s. How could we resist while talking to Saved by the Bell's Zack Morris and Clueless's Travis Birkenstock? Read more to find out what we learned.

Are guys today less into courtship because of texting, Facebook, and email?

So is that a problem?

BM: Yeah, it's a bit of a romance killer. (Grannie voice): Back in my day, you called a woman on the phone and you ask her parents.

I don't think guys pick up the phone anymore.

BM: That's the problem, but here's the thing: it's a two-way street. If you're OK with a guy just texting you, then he's just going to text you. I think it's the responsibility of both parties involved.

Oh, so ladies should lay down the law?

MPG: They just shouldn't be offended if a guy ends up texting. Set the boundaries, and if that person is not comfortable with your boundaries, then move on.

BM: You don't want a winky-face emoticon to be the last thing you hear before you go to bed.

MPG: How many breakups you think have gone on through texting?

Joe Jonas broke up with Taylor Swift in a 19-second voicemail.

BM: I broke up with Taylor Swift in a text.

Do you think you should Google someone before you go on a date?

BM: There's got to be a little mystery leading into the date so you have something to talk about, as opposed to leading the witness. There's things you can read on the interweb about me or about you that might not be the most accurate and up to date.

Oh, I could attest to that.

BM: If you go out with a guy and it turns out you Google that he loves Cajun food or whatever, and you sit down and he's like, "Oh, I hate Cajun food," and in your head you're already like, "This guy's a liar," when in fact maybe sometime ago he said he did, but now he doesn't.

BM: Let some mystery fall out.

You guys both have kids. Do either of you hope they aspire to be actors or lawyers or actors playing lawyers?

BM: I'd much rather them be lawyers.

You both have equally amazing '90s roles, but is there anything from the '90s you hope never comes back? Any trends you don't want coming back?

MPG: It's starting to come back again. So many bright colors on clothing and stuff. I walked into the Gap and I thought, "Well, sh*t. I should have kept some of my stuff from the '90s."

Nostalgia
How Well Do You Remember Never Been Kissed? Take This Quote Quiz and Find Out!
by Amanda Prahl 21 hours ago

Nostalgia
West Wing Superfans, Test Your Presidential Knowledge With This Quiz
by Hedy Phillips 1 day ago

Nostalgia
Test Your Legally Blonde Quotes Knowledge With This Quiz — What, Like It's Hard?
by Amanda Prahl 1 day ago 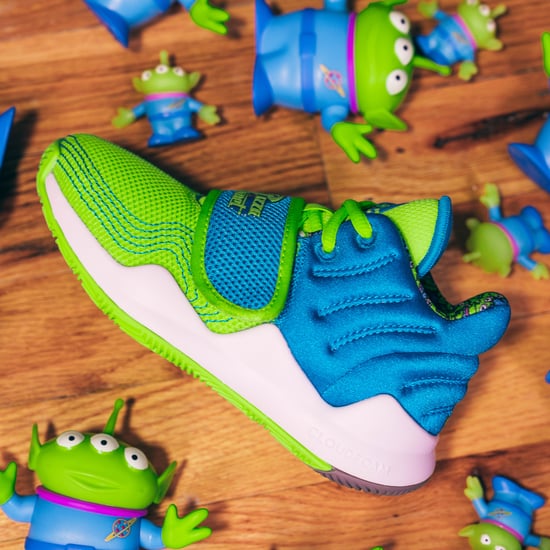