In 1943, psychologist Abraham Maslow gave birth to his hierarchy of human needs, a pyramid that attempted to explain human motivation. At the bottom of his pyramid sit our most basic needs, like friendship, love, security, and other physical needs. As we satisfy each level, according to Maslow, people move closer to "self-actualization" — reaching your full potential and becoming everything you are capable of. Psychologists at Arizona State University have put together a new and controversial version. They say it's an updated modern version, but it comes off as a throwback by declaring parenting the ultimate goal humans can work toward. 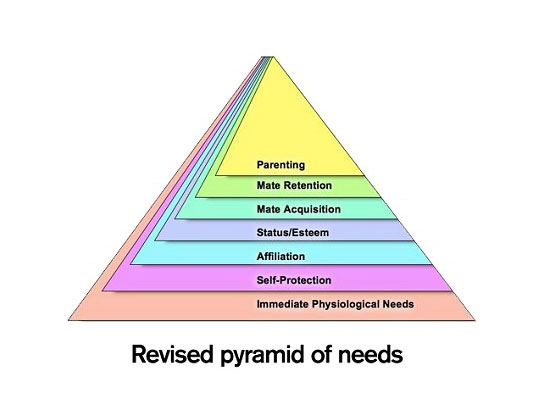 The new pyramid (seen above) claims to include empirical evidence and advancements in neuroscience. It gives most weight to evolutionary considerations: mate acquisition, mate retention, and parenting. Put simply, it suggests humans will have all their needs fulfilled when they find a partner, get married, and raise children that will go on to give them grandchildren. But what about people who don't want that lifestyle? Perhaps separate pyramids reflecting different lifestyles would be the most modern way to go. What would you put at the top of yours? 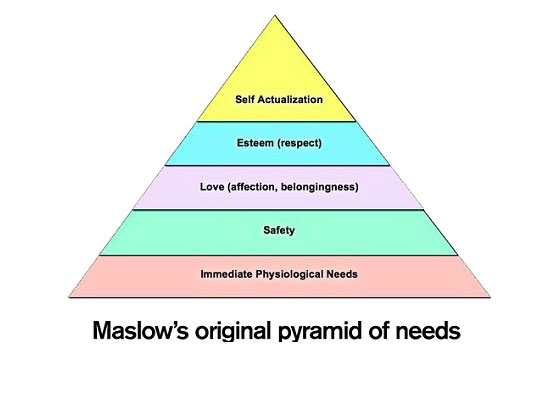