Bachelor Pad 2 recently ended, and the unlikely winners of The Bachelor spinoff were Michael Stagliano and his ex-fiancé Holly Durst, who announced her engagement to fellow contestant Blake Julian during the finale, shocking her devastated partner Michael.

We got a chance to talk with Michael, who braved both Jillian Harris's Bachelorette season and an extremely emotional Bachelor Pad season and has lived to tell the tale. The true star of the show (in our opinion), Michael has the looks, the moves, the humor, and most importantly, has proved he's a genuinely sweet and caring guy. Check out his responses to our Facebook fans' questions and find out who he has a hot date with tomorrow night! 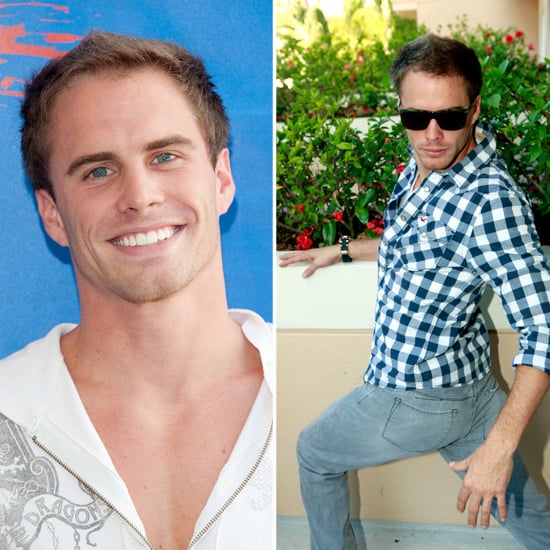 TrèsSugar: If Holly had to be with any other guy in the house, who would you have chosen for her?

Michael Stagliano: Probably Kirk. I frickin' love Kirk, and I think they would have made a good match. He just knows how to treat a woman. I think he's very kind and patient and gentle with women and is very respectful of their feelings.

TS: If Holly hadn't been there, was there anyone in the house you would have had a crush on?

MS: Probably Michelle, so Graham would have had to not be there, too. She's just so ridiculously beautiful inside and outside. She's just so caring and kind and patient, and I just love her to death.

MS: I don't remember a specific smell. He's a great hugger though. In that date, which is an hour, I probably hugged him 7 times. He's so cool and so outgoing and loves hugs, and I love hugs.

TS: Are you single?

TS: There are rumors about you and Dancing With the Stars's Chelsie Hightower . . .

MS: As a pseudo date, we are going out to dinner on Thursday. But we're not dating, we've just been texting a lot, and she's just super cool, and sooooo good looking it's hard to breathe around her. But we're not official or anything yet at all. We're just going to hang out, cuz she's cool . . . and I have a giant crush on her.

TS: If you could do it all over again would you get as honest as you were with Holly about your feelings with the cameras rolling?

MS: I really like love, I love love. So falling in love again was great. It ended up turning into some heartache. The three months in between when I broke up with Holly and when the show started I was super closed off to love, and it was awful, and I didn't want to date at all. After the show, and the way it ended, I was ready to date immediately. So if anything, I'm really thankful for the fact that it happened.

Keep reading to find out some juicy behind-the-scenes details on filming Bachelor Pad!

TS: Did ABC take your phone away so that Blake and Holly couldn't contact you about the engagement?

TS: This is from a Facebook fan, "Would you consider going on a date with a sarcastic and slightly dumpy comedian in the Los Angeles area who has been blogging about you for years?"

MS: (Laughing) I would consider it.

TS: Why didn't you keep the money for yourself after Holly announced the engagement?

MS: Because Holly and I made an agreement before we got on the show that if it came down to it that we would share the money. And I'm just a man of my word, and I said that to her, and I shook her hand, and that means something.

TS: In the end, who are you more angry with, Holly or Blake?

MS: There's really not a lot of anger. Well, there's some anger toward Blake, cuz I just don't think he's the greatest dude that there's ever been. I'm certainly sad and disappointed and hurt by Holly not telling me, I don't think that should have gone down that way.

TS: Would you consider Dancing With the Stars?

MS: I couldn't even think of a more fun scenario in life than to just have Chelsie Hightower be a partner, and learn dances every week, and perform them in a competition with a bunch of other people that aren't professional dancers. Yes, I would do it in a heartbeat, I think it would be a blast.

TS: Any advice for single women looking for love?

MS: I'm a sucker for blondes. I like shorter girls, like 5ish area is great, cuz I'm not the tallest man. It's pretty simple when it comes to actual character and qualities. I'm a one-woman kind of man, and I want a woman who's a one-man kind of woman, and someone who reciprocates love. Not worship me and not love me more than I love them, I just want it to be equal parts. And someone who loves to laugh. My favorite thing in the world is making someone laugh. So if you're out there, if you're listening, I'm coming.

TS: What did you learn about love and relationships from both The Bachelorette and Bachelor Pad?

MS: I think I learned that I don't have much left to learn about how I need to act in relationships. I don't mean to toot my own horn or brag about how I'm the greatest boyfriend ever, but I think I got it, I think I know how to treat a woman, and that makes me especially not afraid to date again and get married. That said, I think that I loved Holly unconditionally, and Holly's an incredible woman, but I think loving someone unconditionally can be to a fault. And that's the most beautiful thing about real love, unconditional love, you end up loving someone for the flaws as well, but there shouldn't be the fault. It doesn't mean you should completely overlook all other flaws. You can be patient, and you can find exactly what you want in a woman. It's not going to be 10 out of 10 things that you want you get, but certainly you can get eight out of 10.

TS: What behind-the-scenes tidbit about being on the show can you divulge?

MS: On The Bachelorette and on Bachelor Pad, rose ceremonies don't end until like 4 or 5 in the morning. So especially the first night, it's like two hours of just standing in that room waiting for a rose, and then getting a rose, and just standing there with a rose on your chest. On Bachelor Pad, we probably average about three hours of sleep a night. So you're going to bed incredibly late, and then, depending on what the activity is planned for the next day, you're up early. They want footage, so they turn all the lights on and they have the producer come and wake you up and get you a drink at 8:30 in the morning. So I realize that it's three weeks shooting, but I can truthfully say that it feels like six weeks. It was just so much. It was sensory overload every day.

Schitt's Creek
The Iconic Schitt's Creek's Line of "Ew, David!" Is Said on the Show a Lot Less Than You Think
by Grayson Gilcrease 7 hours ago