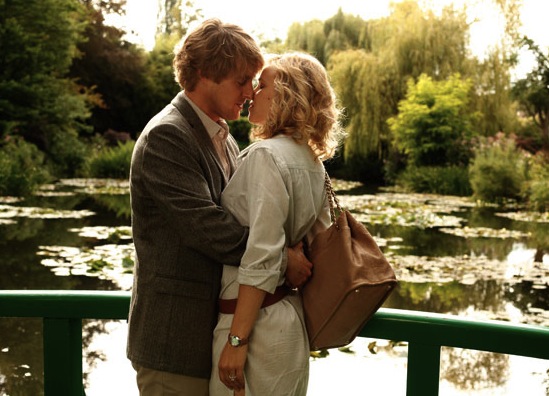 If you've seen the visually pleasing trailer for Midnight in Paris, I imagine you're craving a visit. In the preview, we hear Rachel McAdams's character tell her fiancé, Gil, played by Owen Wilson, that he's in love with a fantasy — a fantasy version of Paris to be exact.

I caught a screening of Woody Allen's latest, out today, and in it we find out Gil is a very nostalgic guy, who wishes he could live back in the bohemian Paris of the 1920s. He says he was born too late, and would much rather have lived in the French capital when it was the cultural epicenter of the world, a place that attracted interesting people from all over. Meanwhile, his fiancée is very content enjoying the modern pleasures of Paris, like shopping!

Have you ever felt like you belonged in a different era? Maybe Mad Men has you wishing you lived through the glamorous 1960s and exciting cultural revolution. Or, perhaps on a trip to Florence, you dreamed about living during the Renaissance. Let us know in the comments!

ADVERTISEMENT
TravelMoviesMidnight In Paris
Around The Web