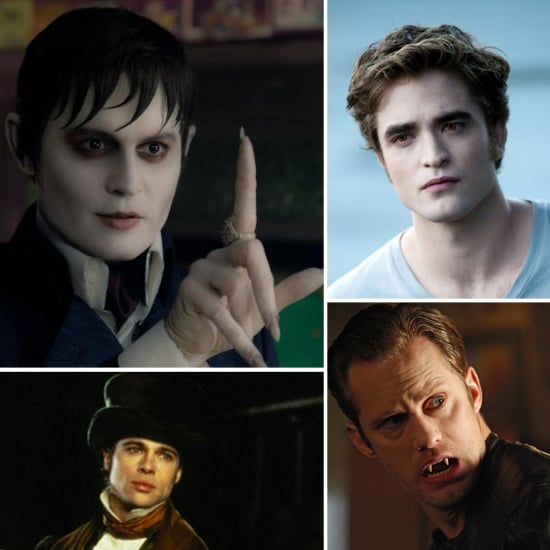 Onscreen vampires traditionally struggle with taming their carnal urges, but in Breaking Dawn Part 2 (out Friday) Edward Cullen doesn't have to worry anymore since his wife, Bella, is now a vampire, too. Judging by the book, we can expect more sexual tension and some actual sex in the final installment of Twilight. After playing Barnabas Collins in Dark Shadows earlier this year, Johnny Depp joined the ranks of other vampire eye candy who grace the big and small screens. And while most of these bad-boy vampires have a dark (and bloodthirsty) side, we just can't help but be drawn to their fanged charm. See some of the sexiest vampires in pop culture, and tell us: would you do, dump, or marry them?

Previous Next Start Slideshow
Eye CandyTwilightTVMoviesVampires
Around The Web