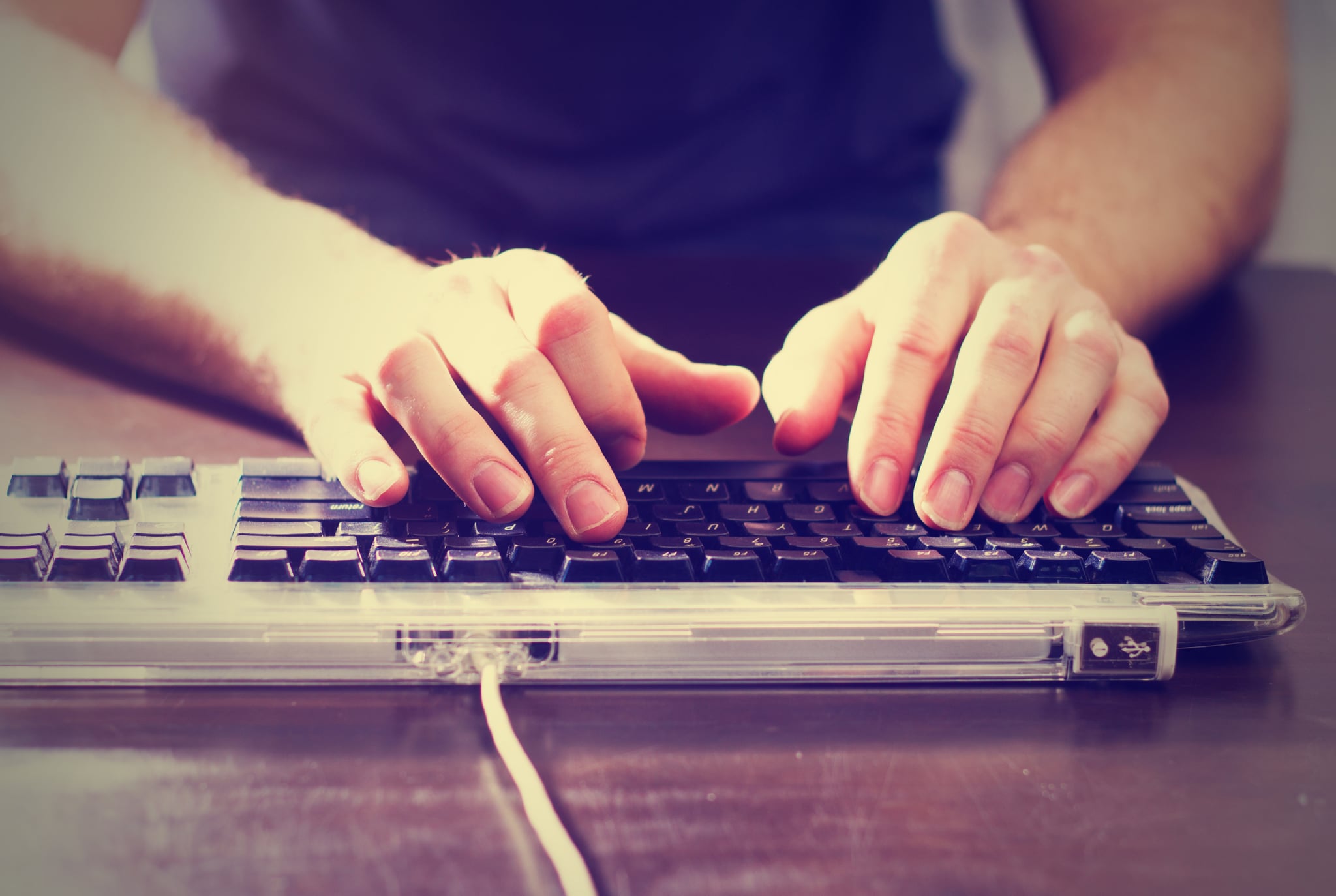 "I have been dating a guy for 11 months now. He has been very open and honest from the beginning that he has been watching/masturbating to porn since he was in middle school. We are now 30. In the beginning I thought it was great that he was honest and I thought he was an occasional watcher. Now that our relationship has grown I am realizing he is addicted. He watches 4-5 days a week, 1-4 hours throughout the day, when he is away from me. (We live in separate cities . . . about two hours away during the week.) He says he does it when he is "bored or stressed." I have also found out he is making up fake profiles on dating websites to entice girls to send him tit pics. When we are out at the store or restaurant or even riding our bikes down the road, he blatantly ogles other females and has even said 'damn' or made smirky faces when he sees them, right in front of me, like I am one of the guys. He has no filter.

What am I supposed to do here? He has told me he will stop. He will do well for a couple weeks but then start it up again. He is sneaky about it and always gets sloppy or feels guilty and lets it slip what he's been up to. Recently, he mentioned he has to decide if the porn is more important to him or if I am. He says this is a nasty habit that he is having a hard time breaking. I have mentioned his going to counseling, but he says it won't work because he has to be willing to make the change and talking to someone won't make a difference.

We both truly enjoy each other's company and spend our weekends together. We text regularly and speak on the phone almost nightly. We have even been talking of finding a place together and having one of us make the big move. I have given him numerous opportunities to make a change, and I don't want to give up on him, but I have to wonder that, if I continue to let him repeat this cycle, if he'll ever respect me and if I can ever trust him.

How do I handle this situation? He can see that it is hurting me. And I have lost some self-esteem and confidence because of it. Do I turn a blind eye in hopes he changes? Will this wane over time? Does he need to lose me in hopes he realizes he has to fix it for the next girlfriend? (I can't imagine there is a girl out there who would allow him to watch this much porn, ogle other girls on the street right in front of her, and allow him to text random girls and 'converse' with them to get tit pics)."

If you aren't happy with this guy and you don't trust him and your self-esteem and confidence have suffered just by being with him and a large part of his life (we're talking up to 20 hours a week) is something that he would have to completely get rid of in order for you to feel good about him, then why on earth are you talking about moving in together?? Talk about pushing the cart before the horse. When you even entertain the idea of moving this relationship forward — and moving it forward in such a big way — you are sending the message that you are satisfied with your relationship. But you clearly aren't. So, please, don't ever discuss living with someone — this guy or anyone else — until you feel confident in the relationship and feel like you're ready to spend your life with him (and check out these 15 things every couple should do before moving in together).

Unfortunately, as much as you may want your boyfriend to change, you don't have the power to make that happen. (And you're fooling yourself when you use words like "allow" him to behave this way. You aren't allowing him to do jack sh*t. He doesn't need your permission. He isn't seeking your approval. He's doing what he wants regardless of your feelings.) And in order for him to change, he has to make it happen himself, and, before he can do that, he has to WANT to change. Clearly, he doesn't. He's told you as much. And, yeah, maybe your breaking up with him and moving on will be the incentive he needs to make some changes in his lifestyle and behavior and the way he treats women, but it won't matter for you by then because you will have moved on. And you need to accept that, when you move on, you will be doing it because you are done with this relationship and know you deserve better. Don't "move on" (in quotes) simply with the hope that you'll motivate him to quit watching four hours of porn every day and ogling women constantly. It doesn't work like that. When you move on, it has to be a clean break or you bring the baggage you've picked up from this relationship — the low self-esteem and trust issues — and you carry them into the next relationship (even if that next relationship is with the same guy, only now reformed).

Related: Dear Wendy: "My Boyfriend Refuses to Take Off For My Birthday!"

Related: Dear Wendy: "Did I Drop the L Bomb Too Soon?"

Move on. You aren't happy in this relationship. Staying in it with the hopes that someone who isn't interested in changing will eventually change is a waste of time and is counter-productive to creating a life that brings you happiness and fulfillment.

Advice
Need Help Adulting? The Realworld App Covers Everything You Usually Call Your Parents For
by Maeve Reilly 1 day ago

Healthy Living
I Started Stretching Every Night With My Partner, and Even Our Relationship Is Stronger
by Jada Welch 5 days ago