We're happy to present this excerpt from one of our favorite sites, YourTango. Not only are these stereotypes unfair — they're untrue! 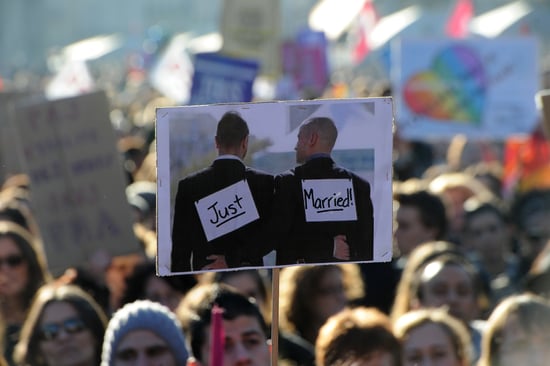 With same-sex marriage cases Hollingsworth v. Perry (the challenge to California's Proposition 8) and United States v. Windsor (the challenge to the Federal Defense of Marriage Act) in the hands of the Supreme Court, it only seems proper to set aside some stereotypes people have made about gay men and our sexual desires and activities.

It's a rather a crude joke that every situation described in the aforementioned paragraph are stereotypical definitions of gay men. With all due respect, until you've been a gay man and walked in his shoes, don't assume to know what makes him stand at attention in his Levi's 501's!

For the rest of the tips, head to YourTango: 5 Myths About Gay Men Debunked.

Supernatural
Supernatural (Kind of) Made Destiel Canon, and Then Everything Went Terribly Left
by Mekishana Pierre 1 hour ago

Laverne Cox
Laverne Cox Details Harrowing Transphobic Attack in Instagram Video: "This Is My Life"
by Kelsie Gibson 6 hours ago

Wedding
A Corgi Ring Bearer, a Polaroid Guest Book, and a Happy Couple! This Autumn Wedding Was Picture Perfect
by Haley Lyndes 2 days ago