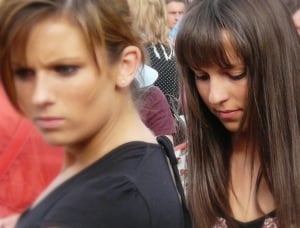 Ever feel like you lost a friend to her new relationship? You might be one of the unlucky friends who didn't make the cut. According to a report presented at the British Science Festival, the average person (man or woman) has five close friends, and the start of a new relationship results in the loss of two close friends on average for both partners. Maybe that's why there are only four friends in Sex and the City — they'll never have to give one up to a new relationship.

It's not all that depressing, though, at least for the person in the relationship. While we all have a limited supply of time and emotional resources to dedicate to friendships, a romantic relationship might offer the same support of at least two platonic friendships. Plus, your partner might widen your social circle, bringing his remaining friends into your world.

Do you relate to these findings?