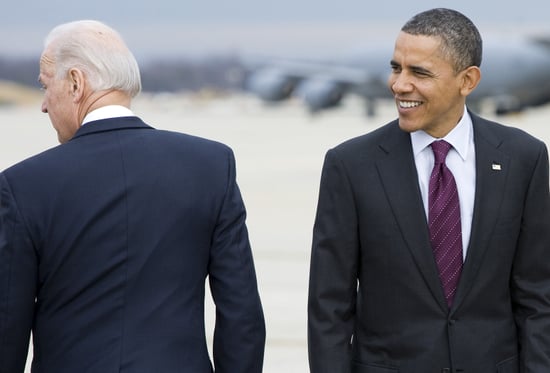 The Obama administration has had a rocky relationship with its stance on gay marriage, so our interest was piqued at Joe Biden's recent comments in support of same-sex marriage. On Meet the Press the vice president said:

While Biden has made his stance on the issue clear, Barack Obama hasn't always been forthright in his support of gay marriage. And while he's been quoted as saying he's "evolving" in regards to gay marriage, looking at his track record we have to wonder toward which direction? And things have only gotten more complicated during this election season, when he's trying to appease liberals along with the swing voters. Not only do conservative and working-class groups oppose same-sex marriage, many of his African American supporters do, too. But what has Obama actually said on the issue? Here are some of his quotes on gay marriage:

If he's going to call himself a supporter of the LGBT community, do you think it's time for Obama to commit to the gay marriage cause?

Tweens and Teens
These Parents Had a Gender Reveal For Their Transgender Daughter, and the Photos Are Stunning
by Murphy Moroney 3 days ago