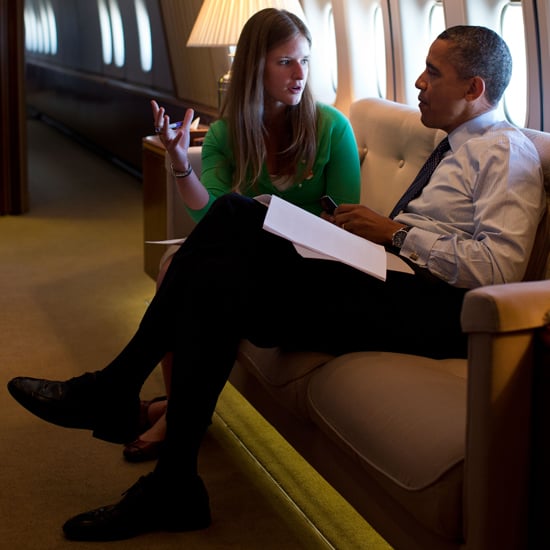 With Barack Obama's highly anticipated DNC speech taking place tonight, we're shining a spotlight on one of the president's speechwriters, Laura Dean. Our interest in Laura was first sparked when we spotted this photo of her and Obama in Air Force One. Who was this young lady our president trusted with his speeches? And with an election so focused on women and young voters, will her influence help Obama reach his target audience?

We don't know a lot about the 20something writer — originally from Bethesda, MD — but we do know she's an Ivy League grad with a background in women and politics. In the past, she worked for Prize4Life, a nonprofit organization that's focused on the treatment of ALS, or Lou Gehrig's disease. Here are five more things to know about Laura, one of the young voices behind Obama's speeches: