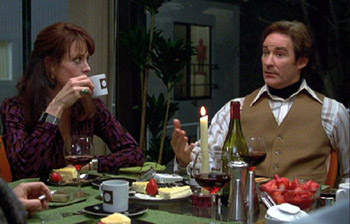 Sex outside marriage has been getting a lot of attention. There was the movie based on real life, Breaking Upwards, about a young couple that chose an open relationship over a bored one; dating sites for extramarital affairs popping up, and studies touting the benefits of booty calls and cheating.

Research psychologist Jesse Bering blames his colleagues in evolutionary psychology and "liberally minded journalists" for making polyamory look like a chic, progressive alternative to monogamy. Evolutionary theory says we're animals and animals aren't monogamous, so why not be true to your animal instinct?

Bering says throwing this theory around as casually as a one-night stand is dangerous. "Monogamy may not be natural," he writes, "but neither is indifference to our partners’ sex lives or tolerance for polyamory."

So before you throw your keys into a fishbowl from 1977, consider this: the risk of heartbreak awaits anyone — except maybe sociopaths? — even if you open a relationship the respectful way and don't resort to cheating. That's what makes us different from animals, and why cheating and open relationships will always come to an end.

Sex
If You Aren't Having Sex on Your Period, You're Missing Out
by Sara Youngblood Gregory 1 day ago