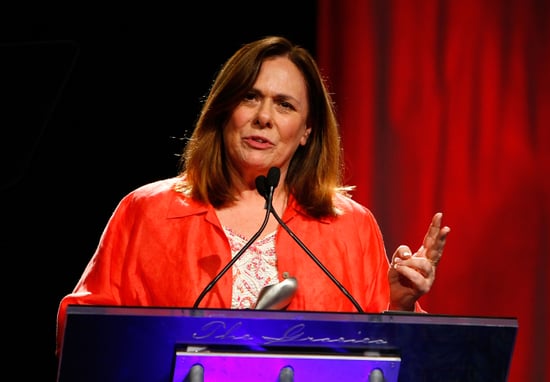 Many people praised Martha Raddatz last week after she tackled the vice presidential debate, but tonight a new female moderator is in the spotlight. Candy Crowley will lead the debate between President Obama and Mitt Romney, and she's only the second woman to ever have that role. The first time it happened was two decades ago. That's right — the last female who did so was ABC's Carole Simpson in a 1992 face-off between George H.W. Bush, Bill Clinton, and Ross Perot. History-making Crowley, 63, is from Missouri and currently serves as CNN's chief political correspondent and hosts its Sunday morning talk show, State of the Union. Before she presides over tonight's debate in Long Island, get to know some little-known facts about her.

Like her predecessor, Crowley will host a town-hall-style format, and her contract states she isn't supposed to ask follow-up questions. But she's already said she's not afraid to get tough with the candidates: "I'm not a fly on the wall . . . I'm going to react organically to what's happening."