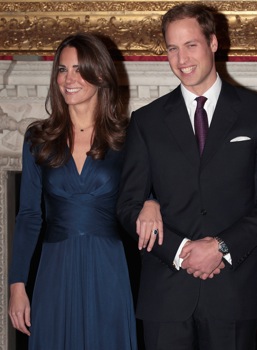 Oh my King James God. After months, if not years, of speculation, Prince William and Kate Middleton announced their engagement today. Kate may be flashing Princess Diana's engagement ring, but she's not Catherine of Wales yet. So before she becomes so royal that she doesn't need a last name, let's talk lesser-known facts about the couple that are two heartbeats from the throne.


Read the rest below.

They really don't have a last name, do they?