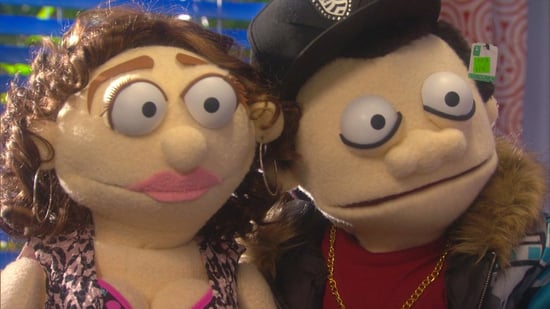 What do you get when you mix Sesame Street's Bert and Ernie, Comedy Central's Crank Yankers, and Dr. Drew's Loveline? Felt, a new show on Logo that uses puppets to act out real couples' sex therapy sessions and "homework" assignments. The show, which debuted last week and airs every Monday at 10 p.m. EDT, offers relationship realities most can relate to and even some decent advice. After screening the first two episodes, I caught up with Brent Zacky, the senior vice president of original programming and development for Logo. Based on what I saw and our conversation, here are four reasons to check out the show.

The network's program head concedes that people tuning into Logo bring a certain openness anyway and that having a meaningful impact on equality by showing gay and straight couples in a similar light is "a high-brow reach for a puppet show." But, Brent admits, "it would be fantastic." Check out highlights from the show in the video below.

Source: Logo
SexTVLogo
Around The Web