On the Bachelorette finale, Ali traded her final rose for a ring! Roberto gave Ali her fairytale ending after a journey filled with guys with girlfriends and other slightly scary tendencies (looking at you, Kasey). Both Chris L. and Roberto impressed Ali's family, who made the trip to picturesque Bora Bora. But only one finalist danced his way into Ali's heart. We — Très and Buzz — have been checking out photos of Ali and Roberto finally out in public and discussing the evening's drama. Read our final thoughts and share yours in the comments! 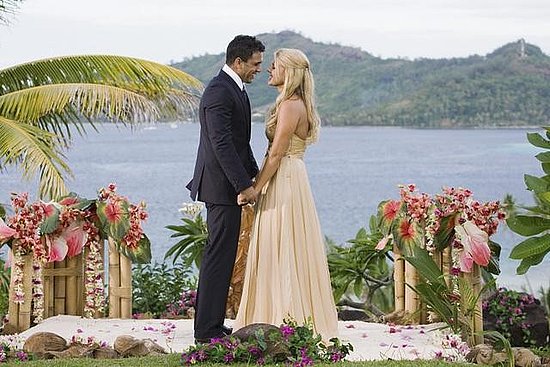 Read the rest of our thoughts and watch video of the proposal after the jump!