So, you've heard of life hacks that will change the way you live. But do you know the relationship hacks that will change the way you love? Thanks to advice from Reddit and Quora users, we've put together eight of the most romantic ways you can be more thoughtful in your relationship. Read on, and get ready to score some major points with your significant other. 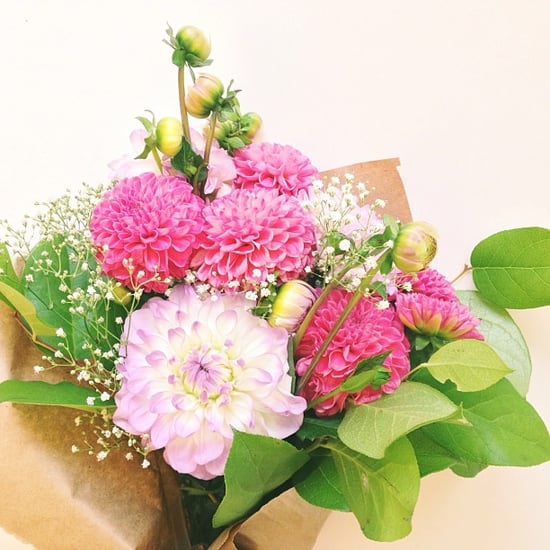 When he isn't spontaneous enough.
"Set yourself a recurring calendar alert that goes off every 26 days. When it goes off, buy your girlfriend/wife flowers. It's a weird enough number that it seems totally spontaneous each time you do it, and she'll never catch on."

When you're really hard to buy gifts for.
"My parents will have been married 47 years on the 20th. This is my dad's hack. Whenever they are out and he sees my mother eye something she likes in a store (a dress or jewelry), he makes a mental note, then returns the next day or week and purchases the item. He then stashes it in a crumpled up brown paper bag either in his dresser or his truck. At Christmas, I get asked to wrap gifts for him and he hands me 10 crumpled bags. My mother is always amazed at how well he knows what she likes."

When he never notices your new haircut.
"I know a guy who has a standing $10 tip with his wife's hair dresser. He gets a call each time his wife gets her hair cut with a brief description of what was done. Wife walks in the door, he says, 'Honey, did you get your hair done? It's a bit shorter and looks great!' Winners all around."

When you're PMSing.
"Hide chocolate around the house in random places. When girlfriend is PMSing, crampy, hormonal, and miserable and calls at work to complain about feeling terrible, tell her to look behind the silverware tray, under the couch cushion, behind the plant, etc. Instant comfort, and it shows that you care enough to go to the trouble to prevent problems before they happen."

When one of you hates PDA.
"I have never been one for public displays of affection. My girlfriend (now wife) is big into PDA. She would often complain that I never told her I loved her in public or shared a kiss or hug. I always held her hand and felt this was enough in public. She disagreed. So my solution was to discreetly show her my feelings by squeezing her hand twice and she would reply with squeezing my hand. I explained to her that two hand squeezes meant 'love you' and three squeezes meant 'love you, too.' This quickly caught on and we have been doing this for eight years now. She hasn't complained yet about lack of PDA. As a bonus, when we married, my wife purchased my wedding ring with 'squeeze squeeze' engraved inside."

When you have a major f*ck up.
"An exceptionally good time to buy a woman flowers is when she f*cks up. A week after my dad bought a new car my mom scratched up the side of it on a cement pillar in a parking garage. She was obviously mortified. My dad comes home from work like a boss, a dozen roses in his hands. My mom has been telling this story for 20 years now."

When you're having a bad day/argument.
"I write sometimes, usually in large chunks. When I'm feeling inclined to do so I'll write a huge batch of poems in an evening, stash them in my laptop somewhere, and dish them out to her one by one every now and then. We've been dating for two-and-a-half years, and I probably have about 100 or so I still haven't used. She is very pleased, and it usually brightens her day/diffuses angry situations when she receives a nice handwritten note. Even if I'm angry, there's nice words I've written when my head was in a better place."

When you don't feel appreciated.
"From male perspective:

Product Reviews
I Own So Many Hoodies, but I Can't Stop Wearing This Cozy Sherpa One
by Krista Jones 1 day ago

Product Reviews
I Ordered Glasses For the First Time Online, and It Was Both Easy and Affordable
by Krista Jones 2 days ago

Product Reviews
The Quest to Fit My Small-Band, Large-Cup Breasts: A 3-Week, 35-Bralette Journey
by Morgan Ashley Parker 4 days ago