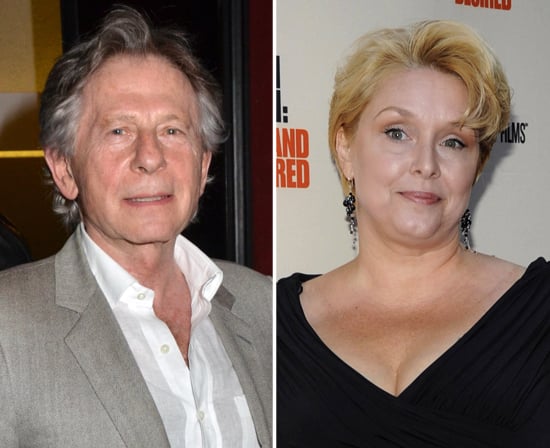 After 35 years, the girl who director Roman Polanski was charged with drugging and raping is breaking her silence with a tell-all memoir. Samantha Geimer, now 47, has signed a book deal for The Girl: Emerging From the Shadow of Roman Polanski, due to hit bookshelves next Fall. In 1977, Roman was accused of raping then-13-year-old Samantha after giving her Champagne and a part of a quaalude during a modeling shoot in LA. Then, after agreeing to a settlement and pleading guilty to the much-lesser charge of unlawful sex, the now-77-year-old Polish-born director fled the country and has continued to make movies in Europe in spite of his outstanding warrants. He was initially charged with rape by use of drugs, perversion, sodomy, lewd and lascivious act upon a child under 14, and furnishing a controlled substance to a minor, but only served 42 days in prison.

Despite all of this, Samantha has publicly stated that she forgives Roman and had even asked that the charges be dropped against him. Since she had said in the past that the case has caused unwanted publicity and pain for her and her family, it's curious that she would draw even more attention to this terrible crime by writing a book about it. Although, maybe it's a step to her moving on with her life. In a statement about her motivation to write a tell-all, Samantha said, "I offer my story now without rage, but with purpose — to share a tale that in its detail will reclaim my identity. I have been dogged by tired thinking and easy tags nearly my entire life. I am not a stick figure. I know what it is like to be a woman and a victim in the realest possible way." Would you be interested to read more about this infamous scandal?

Books
12 Best YA Books of January 2021, Including the Latest From Angie Thomas
by Sabienna Bowman 2 days ago

Netflix
Have You Noticed All the Jane Austen References in Bridgerton? Here's a List
by Katy Fabrie 2 days ago