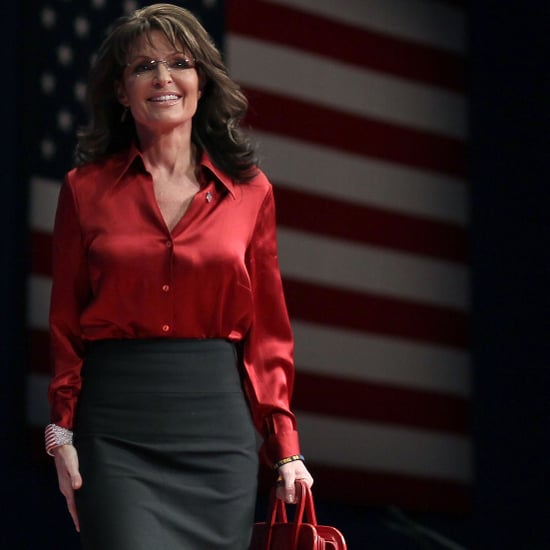 Almost four years after Sarah Palin told Katie Couric she couldn't recall the specific newspapers she reads, the two are going head to head again. This morning, Sarah and Katie are hosting rival morning shows. Liberal-media critic Sarah is this morning's guest host on NBC's Today, while longtime Today show host Katie is cohosting ABC's Good Morning America all week. No, this is not a leftover April Fools' Day joke. If you turned on your TV this morning to see Sarah Palin and wondered what she's been up to lately, here is a rundown.