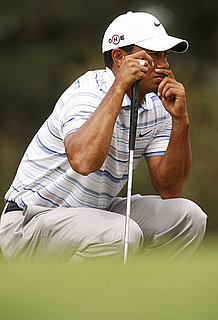 Now that Tiger Woods is off the golf course and likely in sex rehab, we're left with one question: how exactly is sexual addiction treated?

Fortunately, recovering sex addict Benoit Denizet-Lewis's book — America Anonymous: Eight Addicts in Search of a Life — just went into paperback and he needs to publicize it. Drawing from his own experience in sex rehab, he tells us what Tiger Woods, and even nonceleb sex addicts, can expect.

Healthy Living
Acupuncture Could Give Your Libido an Unexpected, but Effective, Boost — Here's How
by Victoria Moorhouse 5 days ago

Sex
How Shan Boodram, a Black Sexologist, Is Changing the Narrative Around Sex For Young Women
by Ayana Herndon 1 week ago

Healthy Living
Ever Felt Dizzy After Sex? An Ob-Gyn Explains Why It Happens and What You Can Do
by Emily Weaver 1 week ago

Parenting
This Mom Teaches Her Kids That Virginity Doesn't Exist, and Her Explanation Might Convince You, Too
by Kate Schweitzer 2/25