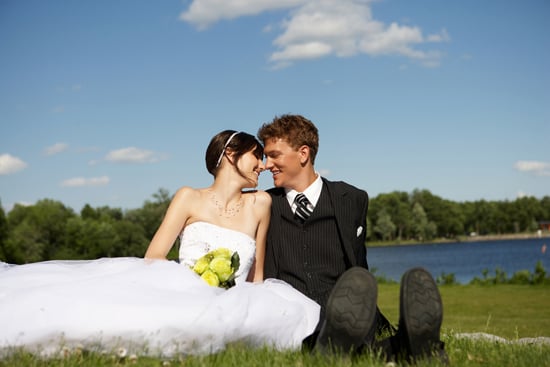 There's a new study out that gets more specific on how the pill impacts who you're attracted to — and it's bad news for your sex drive. According to the study, women on the pill choose uglier men who are worse at sex but better at long-term relationships.

The birth control pill evens out hormones and causes women to choose men who are more similar to them, a safer choice, and more "father" material. But while the relationships last longer, the women involved in the study were willing to put up with worse sex. Those who aren't on the pill may choose men who are more different than them, leading to a guy who may be great in bed but not good for them in the long run.

The researchers even go as far as to recommend you switch to condoms before marrying to insure he's still "the one," once the hormones wear off. "Choosing a non-hormonal barrier method of contraception for a few months before getting married might be one way for a woman to check or reassure herself that she's still attracted to her partner," says Craig Roberts of Stirling University, Scotland.

Since we've heard a lot about how the pill affects a woman's sex drive, it seems to me that it may be more about a woman perceiving the sex as bad than the mate actually being bad at sex. But it's really interesting (and a little scary) to see how your choice of birth control could dictate your relationship choices. Would you experiment with going off the pill to test your relationship chemistry?