As a relationship gets serious, the three words everyone wants to hear are never far behind. YourTango shares the signs your guy is head over heels in love with you. 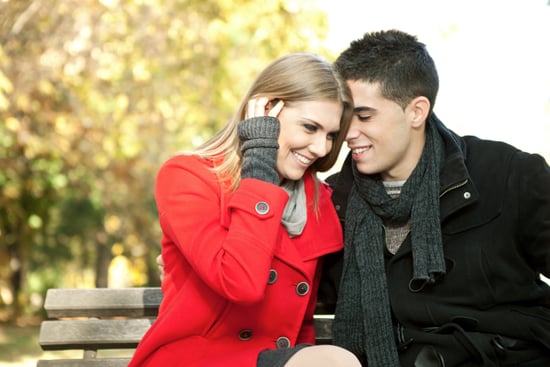 Think he's getting serious but you're just not sure? Here are six signs he's falling in love.

It's the dream scenario: you've met this amazing guy. He's good-looking, attentive, great in bed, and . . . you think he really likes you! So far, so good. But how can you tell he's starting to fall in love with you?

You don't want to jump the gun and start telling your friends he's the one, but you don't want him to think you're not feeling the same about him, either. Things are confusing, so it's best to cut through the drama and figure out what's up. Here are six ways he's trying to show you he loves you. Are you paying attention to him?

1. He listens intently
Have you ever said the words "He never listens to me!" or "Why don't men ever listen?" This won't be something you say when you're with a guy who's seriously into you. A man who is developing strong feelings for you will listen intently to every word you say. He'll look you directly in the eye and hang on every word.

He'll also try to show you how much he pays attention by repeating things you tell him back to you at later dates or by giving you special surprises. He'll hear you tell him you've always wanted to eat at that swanky Italian restaurant in town that's always full, and a few days later, he'll have managed to get an unlikely booking for you both.

2. He'll show his emotions
This is another very positive sign from a man. While some men are naturally emotional creatures, the majority of men tend to keep the softer side of them hidden away somewhere. If you start to see him opening up and letting some of his emotions out, it's because he's starting to feel very strongly for you, and he wants you to see his sensitive side.

Another sure-fire sign he's starting to fall for you is he'll start opening up about very personal things — maybe things that have happened in the past or things that upset him to talk about. When he starts bringing this side of him out, he's feeling very close to you.

3. He joins in with girlie things
Has he started watching Desperate Housewives or Sex and the City reruns with you? If so, he is definitely well on the road to Love town. When you're just dating a guy and those kind of things come on the television, chances are he'll leave the room or go off to talk fantasy football with his friends. If he's sticking around, he's worth keeping.

Another thing to watch out for is how he interacts with your friends. Is he making a real effort to get on their good side? A guy who's starting to fall in love with you knows he needs your friends on his side.

To find out three more signs, head to YourTango: 6 Can't-Deny-'Em Signs He Loves You

Relationships
Yes, It Is Possible to Feel Lonely Even When in a Committed Relationship
by Ashley Ortiz 9/29