Fighting, by nature, is unpleasant. There's no great way to do it, but some methods are more productive than others. Fighting fairly is a learned skill, so I'm sure we've all pulled out some less-than-fair tricks. But fighting dirty can ruin relationships and marriages. In fact, psychologists can predict what marriages will last by observing how couples fight. 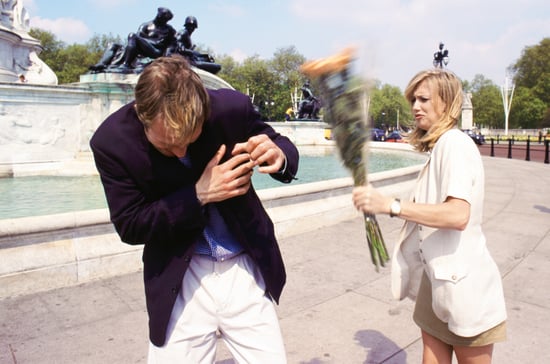 When two partners withdraw and refuse to talk, it's a hopeless situation. When one partner makes an earnest attempt to discuss the problem, but the other person withdrawals, it's still a hopeless situation. Walking away to calm down is a smart tactic, but if the problem isn't discussed later then nothing's ever solved. So how do you recognize an unfair tactic in the moment? Familiarize yourself with these eight signs of dirty fighting:

Have any to add?

Celebrity Couples
Jason Momoa and Lisa Bonet Split After 17 Years Together: "We Are Parting Ways in Marriage"
by Chanel Vargas 6 days ago