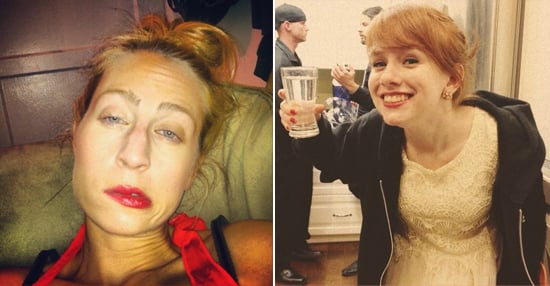 Don't let the end of Summer get you down; get a post-Labor Day boost with the funniest tweets of the week! Our favorite ladies on Twitter were as witty and snarky as ever with their musings and one-liners on their love lives (and lack thereof). Over "nice guys"? Tired of kids judging your relationship status? Whether you're in the throes of single girl problems or finding your long-term relationship less than romantic, there's a relatable tweet for you. I even threw in Lance Bass and Cher for good measure. Enjoy, and don't forget to follow POPSUGARLove on Twitter!

Decided to delete all the fluff on my dating profile and just write "Hey, you could do a lot worse."

Girls who say "thongs are more comfortable than regular underwear" know that men hear "I like things in my butt."

Feel like there are tons of girls in a pit of ice cream & despair going "Lance Bass got engaged before me!?"

When relationships get romantic.

My husband just walked in on me in the bath and made a wheed-whacker noise so I guess we're gonna do it now.

It's a two-way street, NSA.

Hello, NSA? I deleted a guy's number but now I want to call him I know you have all our sexts can you just give it to me.

Moms always know how to say just the right thing.

Me: He hasn't written me back yet. My mom: Oh, don't worry. That's probably because he's on a hot date with a much smarter, prettier girl.

Hey, all of my high school friends are getting engaged, but I'm in a monogamous relationship with Zesty Ranch Kettle Chips, so who wins?

Damn kids and their BS radar.

Whenever I'm not attracted to a guy I tell him he's "too nice," because I know how much guys like to believe that's why they're single.

I prefer a Snuggie.

It does have a depressing ring to it.

MORE LIKE SINGLE AND READY TO NEVER MINGLE AGAIN, AMIRITE?

my goal is to marry someone with the perfect dog

Hey can someone create a service where after I've watch scary movie by myself, a cute, nice guy shows up & goes when I finally fall asleep?