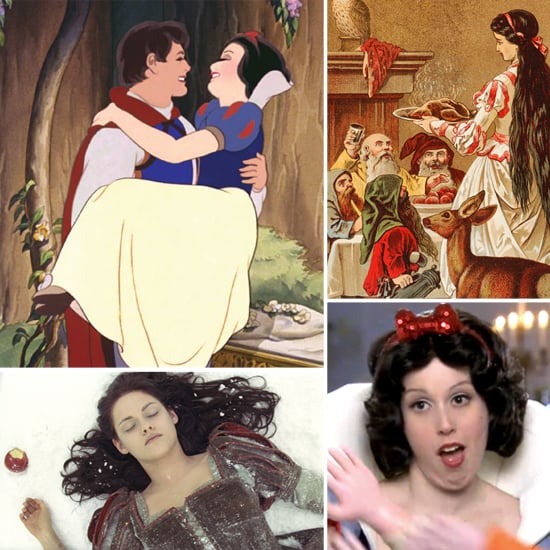 We've all got fairy tales on the brain, as the very first Disney princess, Snow White, is having her moment in the sun. This year we've got not just one but two star-studded movies about Snow White, her evil stepmother, and those seven mining dwarfs. First up was the Lily Collins-Julia Roberts version Mirror Mirror, and starting today Kristen Stewart will take on the role in Snow White and the Huntsman.

While the flicks differ in many ways, they both portray the heroine as more of a modern woman who doesn't need a Prince Charming to sweep her off her feet. This is a far cry from the Disney version we're all familiar with, but Snow White has taken on many different forms since being brought to the masses by the Brothers Grimm in their 1812 German fairy tale Schneewittchen und die sieben Zwerge (Snow White and the Seven Dwarves). Find out more about the inspiration for their tale and how Snow White has been portrayed in literature, art, film, and TV over the years.