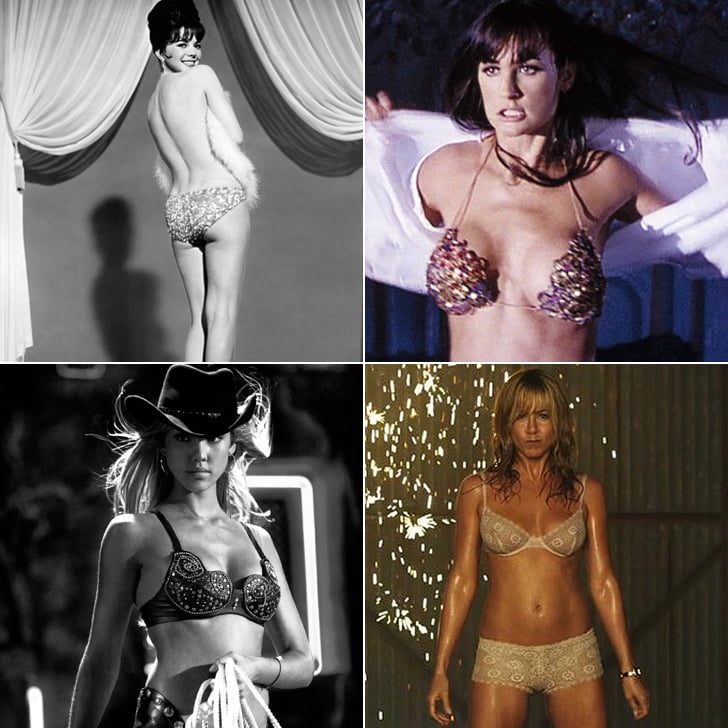 Popular culture has a history of fascination with strippers, from tell-all books to R&B songs. Actresses have been portraying strippers on screen since the black and white films of the 1960s, and the roles have only gotten sexier — remember Jennifer Aniston's sexy striptease in We're the Millers? Olivia Wilde plays a sharp-tongued stripper who tries her hand at butter carving in the film Butter, Vanessa Hudgens slips into lucite heels for her role as a stripper who escapes a serial killer in the thriller The Frozen Ground, and Salma Hayek plays an exotic dancer for the third time in the 2011 French film Americano. There are so many that come to mind, so let's take a look back at some of the most notable stripper moments in pop culture!