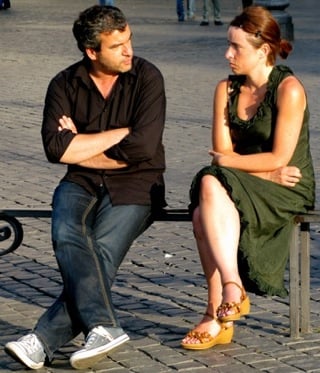 What do we fight about in relationships? Credit card bills, household chores, the failure to call when you're going to be late, or perhaps something as serious as suspected infidelity. The list of specific catalysts goes on, but a study just concluded that most fights boil down to one of two concerns: the perception of either a threat or neglect.

A perceived threat comes about when one member of the couple thinks that the other is being hostile, controlling, critical, or too quick to blame. And when one partner feels the other is not sufficiently invested in the relationship or not making enough contributions to it, that leads to the perception of neglect.

The researcher behind the findings says they can help us resolve arguments. If a fight is caused by the perception of neglect, for example, an apology helps the couple move on. And when a perceived threat is to blame, demonstrations of deference and appreciation will help the threatened partner move on.

Do you have any good tips for mending a fight?