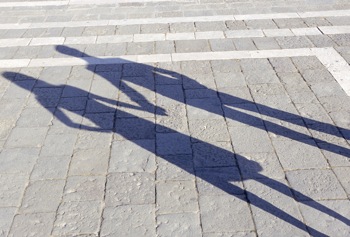 Incest is all the rage today. A well-respected Ivy League professor was arrested for having a three-year affair with his 24-year-old daughter, and now Switzerland is considering a law that would decriminalize consensual sex between parents and adult children as well as between siblings. A Swiss justice department spokesman explains: "Incest continues to be a taboo in our society, but it's not up to criminal law to stop every morally reprehensible aspect of behavior. Rather, the law should be for punishing behavior that's particularly socially damaging."

Of course many people would argue that incest is socially damaging, and our instinctual "ick" reaction tells us something must be wrong with it. People in favor of keeping it illegal often point to the risks associated with inbreeding. But using that logic, we should forbid sex between anyone with a known increased risk of passing on hereditary diseases. Plus, the genetic risk with incest isn't as high as people think. Putting aside the health concerns, there is an argument that incest is never consensual, especially in the parent-child sexual relationship. Like in the case of a boss-employee relationship, the power dynamic between a parent and child might mean that consent can never really be given.

Considering all this, do you still agree with the Swiss that the government should stay out of the bedroom, even in the case of incest?