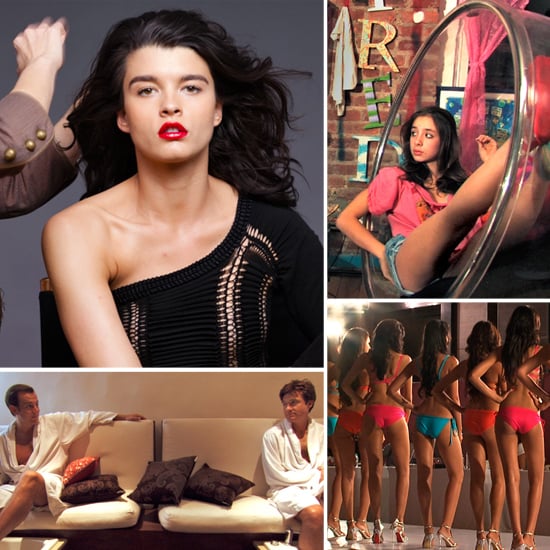 This week is the Tribeca Film Festival in NYC, and while there are plenty of indie rom-coms to catch our eye, it's the documentaries we're really dying to see. One film contrasts the women of the Miss India beauty pageant with the girls of a fundamentalist Hindu camp, another looks at our culture's obsession with beauty, and there's even one on the manscaping trend (with Jason Bateman and Will Arnett). Get a preview of four Tribeca intriguing documentaries now, and tell us which one you're most interested in seeing below.

Check out three more intriguing Tribeca docs after the jump!

The World Before Her
To understand what it's like to be a woman in India, director Nisha Pahuja follows two totally opposite groups of Indian women. On one side you have Miss India beauty pageant contestants, and on the other you have young girls attending a fundamentalist Hindu camp. This film shows the growing pains of a country dealing with the contradictions of a traditional past conflicting with a modern future through the eyes of its girls and women.

Mansome
Super Size Me's Morgan Spurlock is using his latest flick to answer the question: what does it mean to be a man in today's looks-obsessed world? While in the past beauty regimes like bikini waxes and body issues were things women dealt with, the time's they are a-changing. Featuring interviews with funny men like Will Arnett, Jason Bateman, Paul Rudd, and Zach Galifianakis, this doc is sure to be an entertaining exploration of the trend of manscaping and more.

Beauty Culture
Why can't we leave the house without our makeup on? Why are we constantly battling the aging process? In this film, fashion photographers, child pageant stars, bodybuilders, teens, and more weigh in on our culture's obsession with outward appearance and how it influences female body image. Watch the Beauty Culture trailer here!

Relationships
It's Official: Every Spider-Man Dates His Mary Jane
by Mykenna Maniece 43 minutes ago