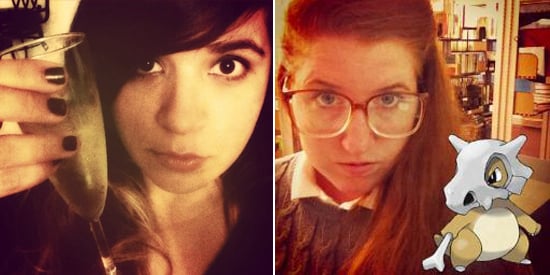 This week we're single and ready for Pringles with the funniest tweets from ladies . . . for ladies. The women who got us chuckling these past seven days taught us that chivalry is not dead, you should always have glitter on hand, and that there is a perfect answer to "So when are you going to get married and have kids?" Bonus material includes tree erotica and a chicken pun. Check 'em out now, and don't forget to follow POPSUGARLove on Twitter!

Or maybe you just want to keep your options open.

Nothing says "I have at least 2 sexual partners" quite like buying Trojan regular AND Magnums at the same time.

Now who has the last laugh?

My tombstone is going to read: "Told you I'd never find love."

So that's how it works.

I'm a huge slut so on Halloween I dress up like a regular lady.

I like when a guy says "Let's get dinner sometime?" after sex. He doesn't mean it, but I feel better knowing he's seen at least one movie.

I carry glitter in my purse so I can turn all of my walks of shame into Parades of Joy!!!

A local news tease said "Coming up: What you can eat for breakfast to help you get pregnant," and I yelled "Please don't say cupcakes!"

Husband Quote: "Wanna suck it real quick, it's clean?" So I guess that whole chivalry is dead thing is bullshit

Take notes, ladies. The holidays are around the corner.

They are pretty cute.

i'm an animal in bed, i'm definitely a sloth, maybe even a dead sloth or one that is seriously ill and bedridden

The name of my tree erotica novel will be A Tree Grows in Brooklyn*. *Brooklyn is the name of my main character.

It's gonna be a salty night.

single and ready for pringles

I'd just turn that plane around and go home.

No cute boys on my flight. This trip is pointless.

I wouldn't mind being in couples therapy someday. Because that would mean I'm in a couple.

Someone just accidentally grazed my ass and that should hold me over for a couple of years.