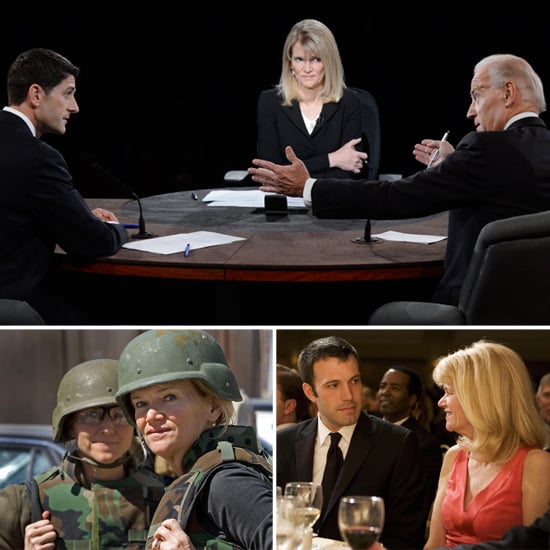 No matter who you think won the debate last night between Vice President Joe Biden and VP hopeful Paul Ryan, you have to hand it to moderator Martha Raddatz for having better control over the faceoff than Jim Lehrer did at the first presidential debate last week. Both Biden and Ryan had no choice but to zip it when Martha cut them off with "We're gonna move on" or "gentlemen." She also was tough on the guys when it came to their answers, calling them out for more specifics and asking about whether the math added up. As an expert on foreign policy, it was clear Martha knew what she was talking about, and she interjected the debate with her knowledge when appropriate. She also found a unique way to ask the men about their views on abortion, inquiring about how both Biden and Ryan's Catholic faith affects their stance on the issue. If you were as curious as us about last night's moderator, here are five things to know about her:

While my impression was that both sides could agree on what a great job she did, conservatives including Karl Rove and Sean Hannity have been complaining that she interrupted Ryan more and was harder on his responses. (Stats show her interruptions were pretty even.) So I guess there really isn't anything we can all agree on. How did you think Martha did moderating the vice presidential debate?