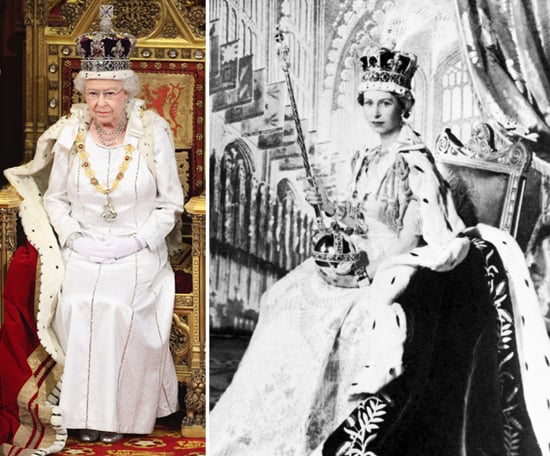 The Diamond Jubilee is another way to say 60 years since Queen Elizabeth II became queen. Technically, it kicked off on Feb. 6, 2012, 60 years since her father died in 1952 and she replaced him as monarch at the age of 25, but the main event starts Saturday. Queen Elizabeth II is only the second British monarch to reach 60 years on the throne. Back in 1897, when Queen Victoria marked the same anniversary, she was much more feeble, having to celebrate the Jubilee service from her open carriage sitting outside of St. Paul's Cathedral. If you know little about Queen Elizabeth, you'd likely recognize her in bright colored outfits and big hats still visiting gathered crowds at age 86. She's not slowing down for the upcoming Central Weekend, which includes celebrations across the UK and Commonwealth for the queen's 60-year rule, from Saturday, June 2 to Tuesday, June 5. If you want to follow along at home, here's what you should know. You might even consider throwing a Diamond Jubilee party, complete with Corgis, favors, and tea.

Who: The royal family and commoners alike.
What: Street parties, a concert at Buckingham Palace, a flotilla pageant down the Thames, and more!
Where: In London, across the UK, and throughout the Commonwealth, the group of nations formally belonging to the British Empire, some of which still have Queen Elizabeth as their head of state.
When: Monday, June 4 and Tuesday, June 5 are bank holidays, so it'll be a long four-day weekend. Here's the breakdown of the official events.

Of course, royal watchers, anglophiles, and history lovers can check back here for photos and a breakdown of it all!

Personal Essay
As a Survivor, My Hypersexual Attire Is a Personal and Political Reclamation of My Body
by Raquel Reichard 4 days ago