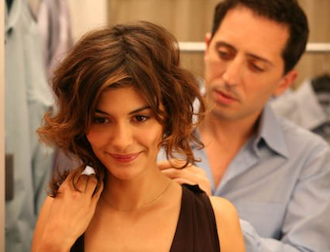 Teacher Frances Childs says the teenage girls she knows want to grow up to become doctors, lawyers, and housewives. She writes in the Daily Mail today that ambitious young women realize that educated and well-off "jet-set" housewives can actually have it all.

Childs claims American women would follow the lead of Dutch women, declining to work full-time and instead spending time with their children and enjoying hobbies, if only they didn't need two incomes. That's where the rich husband comes in. Not only will your husband's money keep you out of the office, but it will keep you out of the home, too, since you can presumably hire a nanny and housekeeper. Younger women, Childs says, "have realized that instead of spending the day listening to some bore drone on about sales figures, it might be more fun to go swimming with the children while the cleaner sorts out the house." She goes on:

Today’s breed of stay-at-home mother is impeccably turned out — after all, they're the only ones rich enough to be able to not work. Mostly in their late 20s, they're clad in designer gear and have the time to have their hair styled weekly at an upmarket salon.

If you ask me, jet-set housewives sound just like ladies who lunch.

What Is a Jet-Set Housewife?  originally posted on POPSUGAR Money & Career
MarriageMoneyCultureLove And Sex
Around The Web