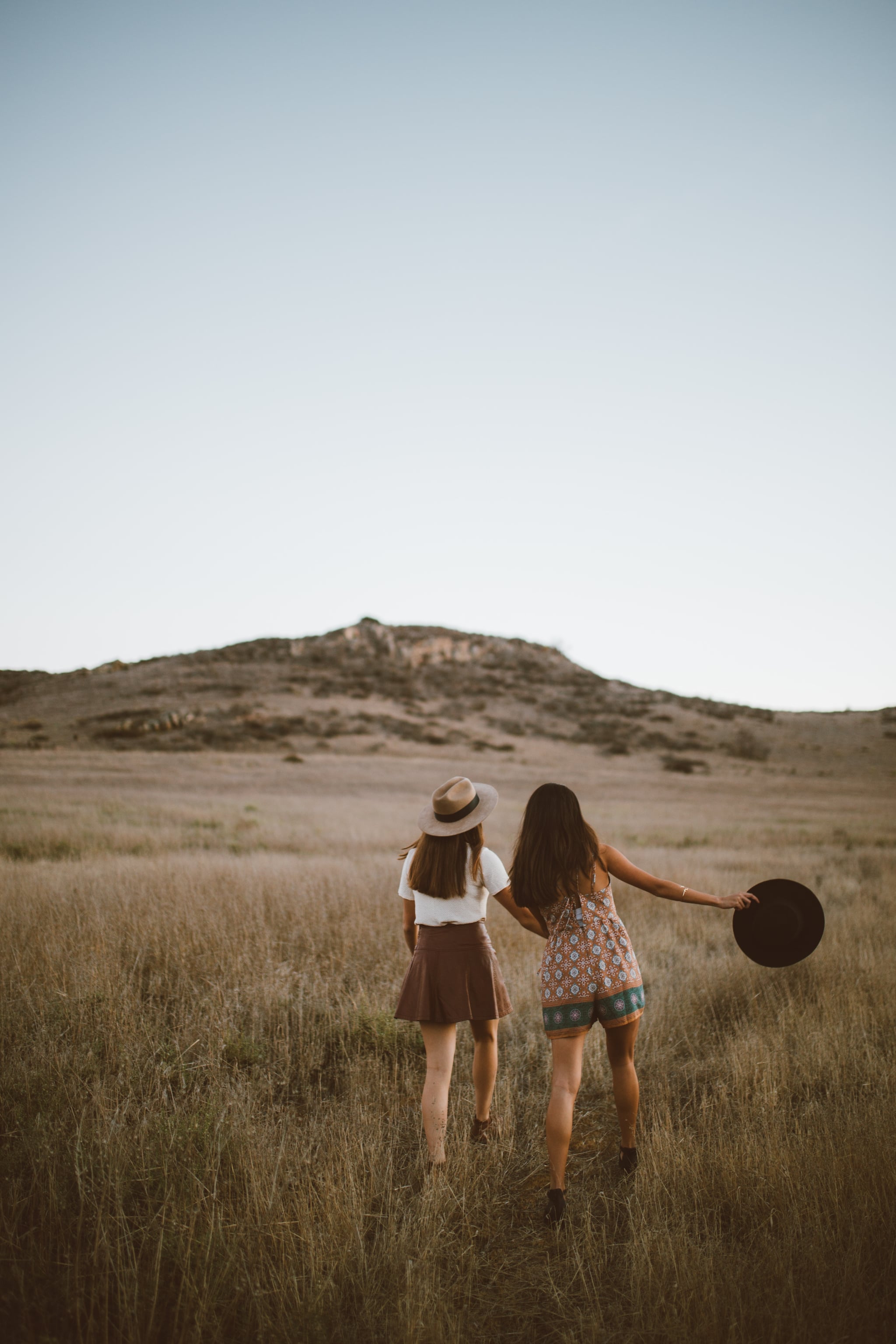 I don't use the title of "best friend" anymore. I'm not a commitment-phobe, but these two words do have an effect on me, especially after someone I'd formerly considered a best friend disappeared from my life without a word. I guess it's called being "ghosted" in today's society — the experience of being passively cut out of someone's life as if you never existed in the first place — but I didn't know (or feel) that term until this past year.

I think I'm a loyal, committed friend, but I'm also a firm believer in holding people and friendships with open hands. My childhood primed me for this, with my family moving to a different city or state every three or four years. I became a pro at being the new girl, saying goodbye, and, consequently, protecting myself from getting too attached in the first place. This former defense mechanism is one I've had to chip away at in adulthood. I've had to learn the vulnerability of attachment and putting down roots in a place and in people, though sparingly.

Related:
15 Reasons You Should Travel With Your BFF

It wasn't that she didn't have the energy to invest in any friendships; it was that, for whatever reason, she no longer chose to invest in ours.

But I also recognize that not all friendships are meant for a lifetime. This is not necessarily a failure as much as the practice of living in the moment, accepting impermanence, and recognizing that sometimes needs in friendship change and we are no longer equipped to meet them for each other. There are friendships I have fought to keep and others I have watched slowly drift or unravel with time for any number of natural reasons. I haven't always had the communication skills or emotional reserves to prevent a friendship from falling apart, but I have worked hard to learn from them all.

That's why this recent experience of being ghosted by the friend I had invested my heart so fully in — someone I had trusted completely — has left me utterly skittish around the use of the term "best friend."

Our friendship began online before we'd ever met in person and grew deeply in spite of being long distance. Of all the people in my life, in all my history of friendships, she was the one I had painstakingly laid a foundation of mutual trust and open communication with. We left no stone unturned, no topic off limits. We knew each other's histories with friendships and wounds that were still healing. She came into my life at a time when I had lost my grounding, my best friend of 15 years, and my former faith. Her friendship was a healing balm to my heart and she navigated these tender places with respect, compassion, and sensitivity.

Related:
Gather Your Girls! Here Are the Best Girlfriend Getaways For 2019

Over the years, our several-times-a-week conversations dwindled to once a week, then every two weeks, and finally to once a month or every two months. She'd disappear and show back up, apologizing for her lack of presence and explaining how overwhelming her life was at the time and how little she had left for friendship. She said she loved me, that my friendship meant the world to her, and that she wanted to be a better friend. I tried to give her space without pressuring her, to let her know I was here whenever she needed and that I understood her limitations. And I meant it.

But then I found out, inadvertently, that she had another friend with whom she talked to daily. Someone she had the energy to invest in. Suddenly, I felt that old sting of having been replaced. I felt foolish, like I'd been strung along for more than a year with a lie: "It's not you, it's me." It wasn't that she didn't have the energy to invest in any friendships; it was that, for whatever reason, she no longer chose to invest in ours. As much as that realization hurt, as much as I didn't want to let her go, I was willing to accept the end of our friendship if only she'd have the courage to level with me. Based on the foundation we'd established, I trusted that if I graciously confronted her, she'd respond in kind.

Related:
Having Friendship Issues? Here's What Your Zodiac Sign Has to Say

I reached out after not hearing from her for several months and left her a heartfelt, honest message. Nine months later, I've still not heard back from her. Life has gone on, and I've cycled through all kinds of emotions: betrayal, anger, sorrow, self-doubt, anxiety, empathy, acceptance. But all this time, I've just wished she'd break up with me. It would be a cleaner wound to heal than the wound inflicted by what has felt like silent apathy, as if our friendship wasn't even worth a proper ending.

If she ever does reach out to me, I'll be open to hear her. I forgive her, regardless. She has permission to be human. But I also give myself permission to let that door remain closed, and behind it, a friendship I have already mourned and buried. If this relationship lost has taught me more about the kind of friend I want to be, about forgiveness and letting go and opening my heart again, it's a loss I can live with. Even if it sucks.