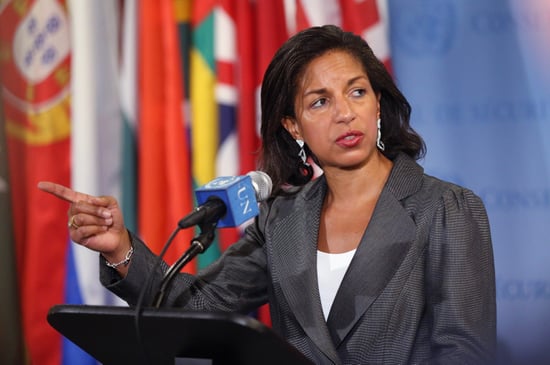 I pity the person who has to fill Hillary Clinton's shoes as secretary of state. The former first lady and senator is a high-profile and internationally respected representative of American interests abroad with sky-high approval ratings. But alas, Hillary says she doesn't want four more years on the job. Current UN Ambassador Susan Rice, 48, is at the top of the list for potential replacements, as is Senator John Kerry. But unlike Hillary Clinton, who was confirmed by unanimous consent by the US Senate, Ambassador Rice's potential appointment probably won't find total bipartisan support.

It all goes back to the October attack in Benghazi, Libya that killed Ambassador Chris Stephens and other Americans. Five days after the attacks, Ambassador Susan Rice went on Sunday talk shows saying it was not a preplanned attack, but rather a spontaneous demonstration. That has proven false, and Rice admitted her error and said she was working off CIA talking points on behalf of the Obama Administration. But Republican senators like John McCain, who met with Rice this week, are not convinced and oppose Rice's possible appointment as top diplomat. The controversy surrounding Rice's future and the buzz that she could replace Hillary Clinton aren't going away, so let's get to know her with these eight facts below.