We're happy to present this excerpt from one of our favorite sites, YourTango. Not much luck with online dating? It's not you, says this matchmaker. 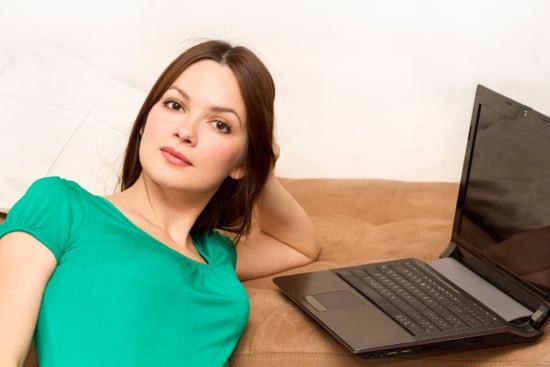 Let's be honest: Online dating doesn't necessarily make it easier for you to find a partner . . . but it should!

You answer hundreds of boring questions that are out of context only to realize you just spent over 45 minutes giving personal data about yourself that gets publicly displayed and shared with the site owners. Sound familiar?

In the current breed of "old dog" dating sites, there are a lot of users who just "pose and show off" to market themselves, answering questions dishonestly to make themselves seem more desirable. That makes it harder for you to select the singles who are right for you. When examining matches, we should cut out this "noisy data" and focus on the real goal: finding a compatible hook-up, friend, partner, soul mate . . . whomever you are searching for. Plus, we should be able to do this quickly, easily and accurately. Don't you agree?

But online dating does not know how to re-invent itself. I saw this first-hand at the iDate conference in Las Vegas this January. As a single person using online dating sites, you face many challenges, and the sites cannot solve them. The number one, root cause under examination? The matching algorithm based on explicit user data.

The reason why OKCupid's "maths-based" matching algorithm — and that of any other dating site that provides a compatibility score based on the users' explicit answers to questions — is flawed is because the data they collect is garbage. The saying goes: "Garbage in, garbage out." No wonder you end up going on dates with people you don't fully connect with or who misrepresent certain aspects of their persona.

Why is their data garbage? Here's why: the matching algorithm collects inherently biased data, because it requires users to "explicitly" answer questions about themselves and what they look for in others. These are things which they may be aware of and choose to "tweak in their favor", or they may not even know the answer to themselves!

OKCupid is an old dog with new tricks. While the site has a decent interface, it creates the illusion that something smart is being calculated in the background. But it's not rocket science. Rather, it's all smoke and mirrors. While their calculations are accurate for what they intend to measure (whatever that may be), I question the validity of both what they claim is a "match" and the inputs they're using to calculate this with. In my humble opinion, their matching algorithm is incomplete and biased because they ignore some key attraction and compatibility indicators such as implicit personality, flirting styles, astrology, skill and scent. More importantly, the data used for it is contaminated with "explicit positive portrayals."

For the rest of the tips, head to YourTango: Why Online Dating Doesn't Work.